You are here: Home / Archives for travel 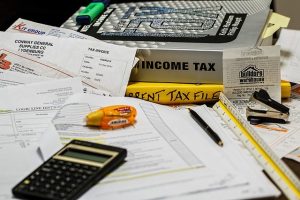 Per diem payments are used when businesses have employees that travel. These payments are designed to relieve the employee from certain costs associated with traveling. Particularly meals and incidentals (ground travel, laundry, room service, etc.), and lodging.

This is great for both the business and the employee, but there are certain situations when per diem payments are taxable. In this article, we’ll explore exactly when an employee will pay per diem tax.

It’s important that we specify the meals must be “non-entertainment related” meals.

As with many parts within the tax code, per diem rules are very specific. Meals and lodging have different rates.

Also, different cities have different rates. These differences are typically relegated to “big cities” and “small cities”, with bigger cities getting the larger rates. This is referred to as the high-low method. Businesses may also make payments based on the state in which you travel.

You’re not allowed to “transfer credits”. What’s meant by this is if you use less on your lodging than is allotted, you can’t use the excess on food, or vice versa.

As I mentioned in the introduction, per diem payments can have tax consequences.

If you travel for business and receive per diem payments, just make sure you keep good records, and you hang onto your receipts. It’s better to have too much information than not enough.

Top 5 Overlooked Tax Deductions You Should Be Using

Why Financial Literacy is Important

*Be advised: Securities America and its representatives do not provide tax advice. Please consult a tax professional for specific information regarding your individual situation.

Memorial Day is right around the corner. Have you started planning your summer vacations yet?

Do you take a family vacation every year? Where do you typically go and how much does it cost you? What if I told you that you that for the same amount of money (or less), I could teach you how to go somewhere nicer or do more at that vacation spot you love. Yes, it is possible. Let’s check out the list!

My 5 “Not So Obvious” Family Vacation Tips

1) Stop Planning – I know, it almost sounds counterintuitive to what you should do to save money on your vacation. Typically, you’re taught to plan where you’re going in advance because if you wait until the last minute, everything will be much more expensive. While this is still the case for some items, there are benefits to waiting before choosing your exact destination. Websites such as TravelZoo or CheapCaribbean offer last minute deals on all-inclusive getaways and cruises all over the world. I once saw a weeklong trip to Aruba for only $800, which included the flight, the hotel stay, some events, and all of the food! Sometimes it pays to wait.

2) Stay Connected to Your Friends – With the help of Facebook, it’s pretty easy to stay connected to your friends today. And, since our world is becoming so globalized, your friends will most likely move to all corners of the world. While this may be tough to deal with at first (since you no longer get to see your friends every day), it provides a great reason to visit a new area on the globe and to do it for cheap (since you’ll be staying with your friend)! Just offer to pay for their food for the week and it’s suddenly a win-win situation.

3) Buy Groceries, Not Fine Dining – The purpose of your vacation is most likely to explore a new area that you’ve never experienced, not to eat at a chain restaurant that is prevalent in your own hometown. With a week-long vacation, it is much cheaper to go to the grocery store at the beginning of the trip than to eat out for every meal. This small tip could very easily save you $200-$400!

4) Learn From the Locals – No matter where you’re vacationing to, there will be “must see” attractions that are sent your way which aren’t really that great of an experience. Unfortunately, you won’t know this until your money is already spent! Do your due-diligence on this one and try to learn from the locals. Find a blog about local fun or connect with a friend or a friend that can give you some quick tips on what to see. Often times, the best attractions are the ones that are free!

5) Explore, Then Do – For many of us, when we go on vacation we feel like we have to hurry up and do as much as we can, but this is no way to vacation at all. Once you finally get home, you’re more exhausted than when you left, and you’re way poorer than you expected too! Instead of charging forward and doing a bunch of activities that are presented to you that first day, take it easy and go for a stroll around the city. Make a mental note of what you’d like to do and see. Not only will you enjoy yourself more, but you’ll have save some of that money in your pocket.

How do you save money on family vacations without skimping on fun? Let’s share notes in the comments below….

Reliable news organizations such as the Wall Street Journal and CBS News are asking an important question: Is American Airlines a trusted travel source this holiday season? According to the CBS piece, American Airlines cancelled over 300 flights two weeks ago, purportedly due to disgruntled employees. Yesterday’s news about loose seats makes me even more nervous. Whether this is caused by staff sabotage or oversights due to overworked and unhappy employees is irrelevant to me; I think I’ll look elsewhere.

That’s where my trouble begins.

Each November and December we make the trek twice (Thanksgiving and the December holiday season) halfway across the country to visit family in the Midwest.

For many, this is a no-brainer: take another airline. However, in our quest to live in small town America, we moved to Texarkana nearly four years ago. Guess how many airlines service our town?

You’ve got it: exactly one….American Airlines.

So, now I’ve created a list of (hopefully) inexpensive ways to avoid American Airlines. Here are our choices the way I see it:

1) While Shreveport (75 minutes away) offers me nothing exciting unless I’m headed to Vegas or Orlando, Little Rock (two hours) and Dallas (three hours) might give me some interesting options. Experts always recommend checking neighboring cities. In my case, Southwest flies into Little Rock. However, the Little Rock – Detroit trip has never been an inexpensive proposition for some reason. Dallas gives me plenty of possibilities, but between gas, parking and the six hours of combined travel time there-and-back, I’m almost a third of the way to my destination if I’d driven it.

2) So…I’ve scheduled alerts on Hotwire and Expedia to tell me if prices decline in Little Rock or Dallas. I’m not hopeful, but I like the fact that I can electronically monitor rates without having to flip through several websites each day.

3) I’ve also begun the search for discount options. I could try to sell our AA miles and buy miles in other programs, but this is fraught with risk (and I’d still have to drive to Shreveport, Little Rock or Dallas to catch a flight). The last thing I want is to end up with no ticket because I violated the airline’s terms of service. It isn’t against the TOS to swap miles with family (I transfer my AA miles to them while they give me an equivalent on another airline). While there have been times where giving miles in an unstable airline sounded like fun, I can’t do this in good faith to my family.

4) We could drive or take the train. Hold on. I just wrote, “Take the train!” Just a minute while I catch my breath…man, that was funny. I COULD take Amtrak if I wanted to pay a bundle AND arrive just after my retirement date.

Seriously, though, in the past we’ve driven, but that kills two days from the trip, instead of a few hours to fly. The first day we arrive and the initial day back home I’m still tired from all that time in the car. As in the past, if we stick with hotel deals (like on Hotels.com, use gasoline smartphone apps and the awesome Wasi social driving app, we can make it there in 15 hours.

5) For now, I’ve set an alert in Google for “American Airlines” news to follow the situation closely. I have maybe two weeks before I need to pull the trigger on this decision. Hopefully conditions improve and I can just schedule a flight out of Texarkana.

Which would you choose? Any ideas I’ve forgotten?