You are here: Home / Archives for investment opportunities 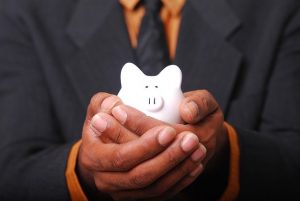 During the month of June, I wrote an article Down Payment or Investment Opportunities. It was my perspective on what to do with my savings, as I want to buy a home as soon as possible, but I also saw incredible opportunities to make money in the stock market.

I thought I would revisit this topic, but my mindset shifted a little bit. That’s not to say that I’m proceeding in a different way than I thought I would, but now I’m thinking about it differently.

That meant that I would have to set aside a decent chunk each month to make that a possibility. The caveat to that is I would forego many chances to put money to work in the stock market.

Saving money for a down payment versus actively participating in the market is not the smartest financial decision (in my opinion), but in terms of what’s best for my family and for my psyche, this is the right move.

Because I have conviction in my decision now, my “regret” for not participating in the market has gone away.

When I first made the decision to save for a home instead, I often felt regret because the opportunities to make money were so great. Just from when I wrote that post (June 17) to now, the S&P 500 index ETF (SPY) is up 7.5%.

But I know this is the right choice, so I’m better able to focus my efforts on this goal. I’m eating out much less, I reviewed my budget to see where I could save more, and I’m finding bargains or buying second-hand items where I can.

While we are on the topic of saving money, I want to stress the importance of having some set aside for a rainy day.

As we’ve seen over the past few months, life can get pretty ugly. Now economic and humanitarian events of this scale don’t happen very often, but that’s not the point.

What’s more, it’s clear that the majority of businesses and corporations don’t have hardly any money set aside when disaster strikes. We like to think that if we put our time and energy working for a company, that they’ll take care of us when the time comes, but it’s clear now that most businesses won’t do that. They’ll protect the bottom line, and that’s that.

Obviously, not every company is like that, but I think it’s safe to say that the majority of organizations operate in this fashion.

Now, I do believe that this event will change how businesses operate. They’ll back away from the lean and mean operations, and start focusing on supply chain redundancy, as well as paying a little more for the security of their products and their people.

What I’m trying to say here is you need to look out for yourself and your family first. Sometimes, it’s necessary to forego big vacations, big expenses, or take out.

I think there’s room to be optimistic but also plan for the worst. I think it’s necessary to do both.

Living a life full of optimism is great, but you become a deer in the headlights when something bad happens. Taking the other side of things, being pessimistic, turns you into a cynic, and that has to be a depressing way to live.

Find room for both. Expect the worst, hope for the best, and save for a rainy day.

In a month, from the end of February to the end of March, we saw the S&P 500 drop nearly 35%. Obviously, it wasn’t a straight drop. There were several up days and a few relief rallies.

In this article, I want to give a little information about how I deal with market fluctuations, where I look for opportunities, and how retirement savers navigate these difficult times.

At the beginning of my career, I always dreaded experiencing a bear market. What do I do? Do I sell out of everything to avoid the decline? What do I tell my clients? How will they react?

As I gained more experience and read more, I learned what to do.

Keep in mind that I started my career in 2014, still in the middle of a long bull market, and since then I’ve read everything I could get my hands on about finances, markets, and economics. I’ve listened to podcasts and watched YouTube videos.

A lot of the people that I learned from attributed their success to when they got started. Two gentlemen really stick out.

One began his career in 1987 and lost his shirt on Black Monday (20% decline in one day, October 1987). This taught him about diversification and the importance of a long-term strategy.

The other got started in the early 80s but had a much different experience. He did some research and analysis and found a lot of risk in the credit market. He stuck his neck out on this trade and what he predicted came to fruition.

However, the markets didn’t react how he thought. What he learned was that fundamentals are important, yes, but what [almost] matters more is investor behavior.

In periods of heightened market volatility, I pretty much hold my ground. I help my clients plan accordingly and coach them about what to do when stocks fall.

We put together the parachute before we jump out of the plane, not on the way down. That’s where people get into trouble. That’s why asset allocation is so important.

When building a portfolio, it’s vital to take your age (time horizon) and risk tolerance into account.

What may even be more important is the investor’s behavior. They might have a long time horizon and be fairly tolerant of risk, but if they’re going to lose sleep over a 10% correction, you need to position their portfolio accordingly.

Because my clients and I plan ahead, generally, I don’t do anything and I advise them to sit tight. What you don’t want to do is sell out of fear. At that point, you have probably experienced enough of the decline that it doesn’t make sense.

That said, I did some broad selling during the month of March. There were two positions that I used specifically to serve as a shock absorber during declines, and those did not perform as I’d hoped. So I sold them.

I realized they weren’t doing what I wanted them to and I cut my losses. Good traders and investors have an incredibly short leash when it comes to limiting their losses.

Generally speaking, I’m not a stock picker. I’m an asset allocator. Stock picking is not an efficient use of my time. However, sometimes it’s necessary and market fluctuations often create opportunities.

There are two positions, in particular, that I’ve been buying over the last month or two. I found enough of a disconnect between the price and what I thought the value would be over the long term, that I slowly invested into these two positions.

By the way, this slow investing is called averaging in, or dollar-cost averaging. Ideally, you invest at lower and lower prices, reducing your overall cost basis. My method is to take advantage of that disconnect I mentioned, but also leave enough on the side in case it goes lower so I can buy more.

Planning for market fluctuations isn’t something you do when you think it’s coming, it should be part of your plan all along.

Age is a big factor when determining the time horizon. The other items to consider, as I mentioned, are goals, risk tolerance, and investor behavior.

As an advisor, you have to be acutely aware and familiar with your clients, their risk appetite, and their personality. Only then are you able to plan with them, then guide them during trying times.

That’s probably one of the biggest things I’ve taken away from these market fluctuations. I’ve received two phone calls. That tells me that I’ve trained them well. That I’ve done a good job planning with them and that they are comfortable with how their portfolios are positioned.