You are here: Home / Archives for Pension

Divorce is ugly.  Except under the most limited circumstances, no one wins in the divorce game.  Then, you add the complexity of money into the equation and it gets downright hideous.  In that emotional time, it’s easy to understand why so many people divide IRAs, 401(k)s, and other retirement accounts sub-optimally.

You can’t just “take the money out and give it to my spouse”  That would be a big mistake.  Let me count the ways:

Let’s assume you own a $250,000 401(k) balance.  The judge rules that you’re required to split that 50/50 with your spouse, so you decide it would be easiest to make a phone call and take the money out.  Ouch.  If you do that, you’ll be hit with a 10 percent early withdrawal penalty (yes you, not your spouse, and only if you’re under 59 1/2) and then the amount you removed is added to your taxable income for the year.  Now, for many reading this blog, you’ve just lost 35-45%.

So how do you give $125,000 to someone?  Oh that’s easy – you gift that to them.  But in your haste, you didn’t do this correctly either. To gift it, you either need to reduce your lifetime exemption by filing a form 706 with your income taxes next April, or pay a gift tax of 50%.

Long story short: “taking it out” could be a massive financial mistake.

Instead, consider asking for a QDRO, or Qualified Domestic Relations Order (pronounced quad-row).  A QDRO put together by a competent attorney and signed off on by the judge makes this transfer a ton easier.

First, it directs your retirement plan company to establish another qualified plan in the name of your spouse.  Then, it directs a tax-free transfer to that newly established account.  No taxes, no penalties.  Easy as pie.

Once you’ve begun working on that, you’ll want to make sure the QDRO says that your soon-to-be ex-spouse can’t make any loans or transfers from the account until it’s been split; or you could just pick a date to make the transfer effective on (retroactive) and put a fixed dollar amount based on that date’s plan balance.  This would protect the new beneficiary from being bamboozled by his or her ex.

Finally, don’t forget about pension plans.  A lot of those can be “QDROed” too.  For example, let’s assume your spouse earned a pension at his job of $4,000 during the 30 years he worked.  He was married to you for 20 of those 30 years – making you the owner of 2/3 of his $4,000 per month.  By putting the QDRO in place before he retires, she can have her own pension plan – quite the deal!

At the end of the day, divorce planning with money is just as important as married couple planning.  If you don’t do it, you’ll regret it.  Take the time to review everything – hire a professional and don’t try to cut corners.  The costs are too severe. 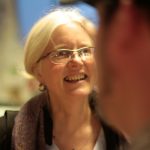