This is part 1 of a series of posts by theOtherGuy over the next three Tuesdays on Roth IRA strategies.

Among the greatest inventions created by man are:

If you’ve been living under a rock and have no idea why a Roth IRA made the list, let’s take a five word primer: Tax. Free. For. Ev. Er. (I know they’re not all words, but get used to it; I’m a finance guy, not some kind of English guru).

If 100 percent tax free retirement money doesn’t get you all hot-and-bothered, I’m not sure what will.

Houston, We Have Some Problems

Contributions are limited by your income. In 2012, for a single person to contribute to a Roth IRA he or she would have to have a Modified AGI of less than $110,000 to contribute the full amount. For married couples, income limits are phased in beginning at $173,000.

The amount you can contribute per year is capped. You’re allowed to contribute $5,000 per year ($6,000 if you’re over age 50). At most, married couples are limited to $10 – $12,000 per year per family. That still gives you plenty of money to save if you’re 30 years old, but if you’re more…shall we say…”middle aged” (editors note: take it easy on us older people—AvgJoe) then you may be running out of years to max fund this terribly awesome retirement savings vehicle.

So, how can you get more money in a Roth IRA if you’re only able to contribute $5,000 per year? Use a Roth IRA conversion instead.

Disclaimer: What I’m about to share with you could cause MAJOR financial harm if you don’t complete the steps perfectly. I strongly recommend you work this out with a tax and financial professional who knows your unique situation and who can help you make sure you get this right. We can’t be responsible for the zillion dollar tax bill they received because they missed a step.

Why Should I Convert?

Let’s say you’re 28 years old and have $40,000 sitting in an IRA that’s from your old 401k plan(s). You also have an existing Roth IRA–and you’re contributing–but it’s growing slowly.

You probably don’t care, but here’s why you should: at age 70 and 1/2 (well, technically, by April 1, the year following the year in which you turn 70 1/2) you have to take money out of your IRA. It doesn’t matter if you don’t need the cash. Your friends at the IRS want their tax money. So, if you have $685,000 in an account at age 70, you’re going to need to take out approximately $25,000 that year. Then you’ll take out more each year until you die.

All of this money will be taxable. Ouch.

Let’s do a Roth IRA Conversion for 2011 this year instead.

What Would Happen To Your Old 401k Money In a Roth IRA?

You guessed it; no taxes, no minimum withdrawals. One hundred percent tax free forever. That’s why turning old 401k money into Roth IRA funds is a great idea for most people.

Here’s a Plan to Super Size Your Gains:

Each year for the next four years, take all $40,000 from your IRA and perform what’s called a Roth IRA Conversion. I’ve been throwing this phase around quite a bit, so let’s explain how it works.

With a conversion, you agree to pay taxes today on the amount you flip to a Roth IRA Conversion in 2011 in exchange for never paying taxes ever again on that money. It’s a great deal – provided you do it right.

Most people are familiar with the Roth Conversion concept, but let’s Super Size it.

Well, not-so-fast, my friend! The IRS allows you to “Re-characterize” those funds back to a Traditional IRA for whatever reason you please.

You have until your tax filing deadline plus extensions to undo your Roth Characterization. For most of us, we can file an extension until around October 15, instead of the normal filing day of April 15th.

Follow me here: you can perform a Roth Conversion on January 1 and have an “Un-do” switch available until October 15 the following year!

Motivational speakers will tell you that life is about making good use of time.

IRS rules allow you over a year and a half to change your mind.

Here’s what we do with that time

Let’s say you’re like most people without supernatural powers and have no idea how the financial markets are going to perform – nor do you know what asset class is going to be the big winner over the next year.

Convert your $40,000 and split the investment into four different asset class buckets: 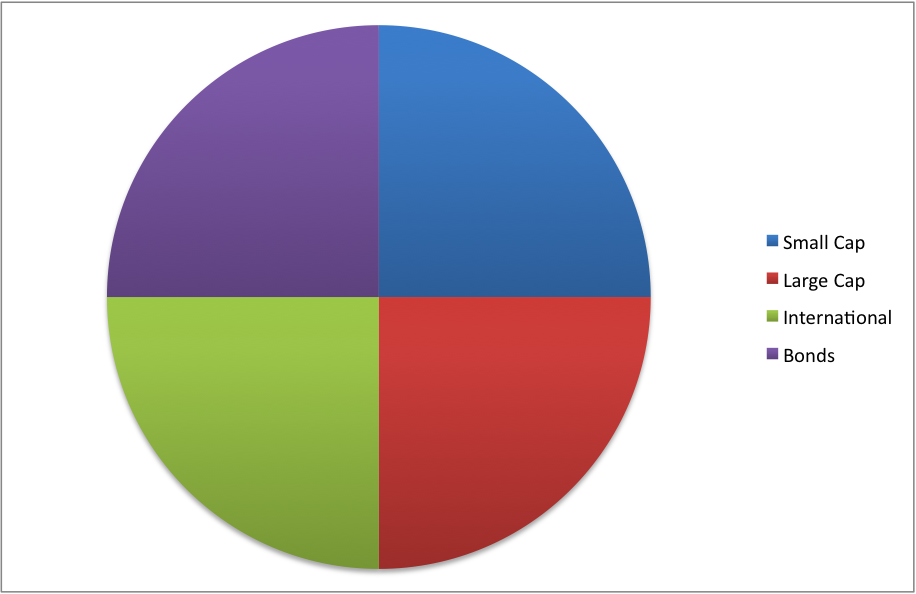 If you do this on January 1 (or the middle of February, it doesn’t much matter) you’ll now have until October NEXT YEAR to make a decision on what you’d like to do. After the next 20 months have gone by, maybe your chart now looks like this: 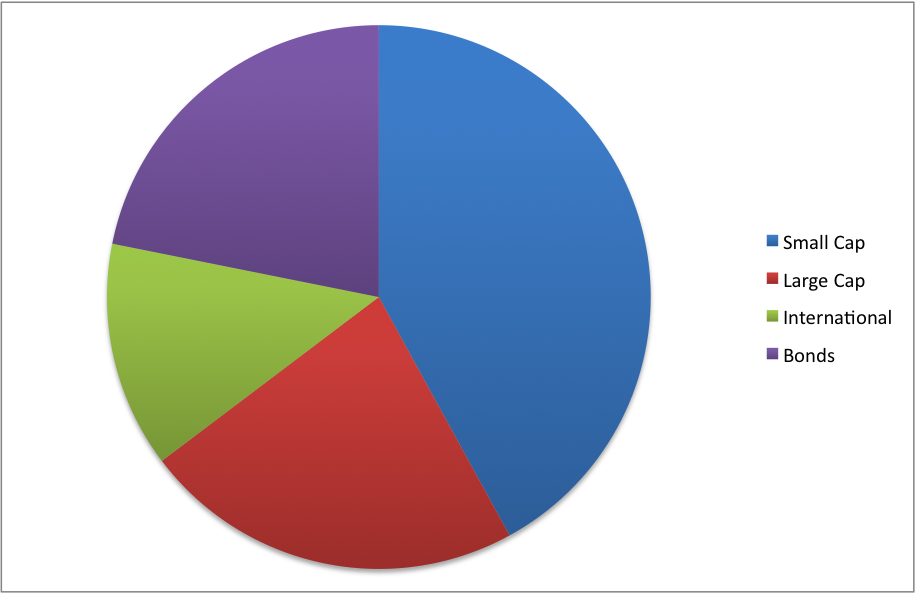 If you keep the Small Cap section, (which grew from $10,000 to $20,000), you’ll pay taxes only on the original $10,000 conversion amount from 20 months ago! Then, you “re-characterize” the other three sections back into their original Traditional IRA bucket and viola! You have big bang for your buck.

You only recharacterized the portion that was sure to grow tax free. The remainder you waited until next year and did it again.

Less tax and more money. I know. I’m brilliant. You don’t have to tell people you read this and can claim it as your own personal strategy. It’ll be our secret.

1) You MUST pay taxes due by the normal tax filing day (around April 15th most years) on the conversion amount.  If you converted all  $40,000, you’ll owe the government a HUGE bill on tax day, BUT you’ll receive that money back when you file taxes by October 15.

2) You’ll need to file an extension on your taxes by the normal filing date. There are IRS failure to file penalties.

3) If you screw this up, there are no do-overs. The IRS has very specific rules and they are to be followed to the “T”. Don’t beg forgiveness for incompetence later. It won’t work.

4) If you use this strategy, you must wait at least 31 days before you “re-convert” these funds.

This strategy can be done with any amount, it doesn’t have to be the full $40,000. I recommend this approach regardless of dollar amount – if you decided to only convert $5,000 of your old 401k savings to a Roth it would make still make sense , why pay more taxes than you need?

If you did a Roth IRA conversion last year, you have the option of “un-doing” it until your tax filing deadline plus extensions this year. If you have old 401k money in an IRA – consider moving it out piece-by-piece to a Roth IRA.

Part two of this series will cover what happens if you make too much money and don’t have money to convert…that’s a good problem to have, but then what?