You are here: Home / Archives for Tax bracket

Our normal Friday Blog Post of the Week! segment will return next week.

The Roth IRA is a Swiss Army knife for financial success.

In our past wildly exciting posts about the Roth IRA here and here, some of the commenters on these stories have discussed the efficacy of the strategies presented by the Other Guy.

In short: is it worth all the trouble jumping through hoops to get as much money into the Roth IRA as possible?

In a word: indubitably (I’ve wanted to use that word since I heard it in Mary Poppins. 10 points!)

While I’ll agree that if the only upside to these strategies are immediate returns on a few exotic Roth IRA gyrations, you’ll only gain a few extra dollars in your pocket for what seems like a lot of work.

…and I get exhausted switching television channels, so let’s not talk about work.

I prefer easy and exciting.

The Roth IRA has one exciting feature beyond those we’ve listed previously—flexibility later in your planning.

The problem with financial planning

When I read well-meaning blog posts about retirement or education planning (including my own), the writer always discusses assumptions.

You know what happens when you assume…but what choice do we have?

We’ll have to assume that the tax rate will go up/down/stay level.

We have to project inflation rates.

Finally, we have to decide when we’re going to die. (Well, at least you do…I’ve got my cryogenic tank next to Walt Disney ready to go. I’m gonna live forever.)

Back on point: Roth IRA plans, for those of you uncomfortable with this type of tax shelter, give you no tax break today but offers tax free income down the line. Many (yawn) dissenters say that tax treatment of a Roth IRA is irrelevant. You’ll pay the tax today or tomorrow. It’s all the same.

We’re working for maximum tax flexibility, not a few random bucks. Because I can’t predict income tax rates, capital gains rates, or estate tax rates, I’m going to create a financial future that is as flexible as possible, as soon as two current criteria are met:

– I’ve done what I can to maximize deductions today. I know what tax rates are right now, so I’ll take my tax break, thank you.

– I’m not locking up money unnecessarily for down the road when I’m experiencing short term needs for cash. 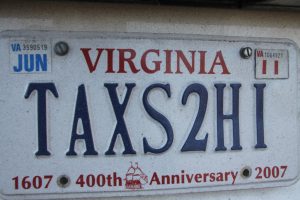 Because we don’t know what tax brackets will be in the future, let’s pretend the 25 percent line will be at $50,000.

You Have Two Pots of Money

Most people have a pre-tax retirement plan. As I mentioned, I like my current pretax deductions, so I’ve maximum funded those. Therefore, I have monster amounts of money (otherwise known as oodles) inside of them. These dollars must come out of the plan and get taxed.

Here’s Where the Roth IRA Comes In

Finally, I remove $10,000 from my Roth IRA. Now I’m living in the 25 percent tax bracket but the government is taxing us at the top of the 15 percent bracket.

Lots of Work for Big Payoffs

Now, I’ve avoided a 25 percent tax each year (or whatever my top tax rate would be….) on $10,000, or $2,500 in taxes. Of course, I paid those taxes already, but remember, if I’m worried about the HUGE AMOUNT OF WORK this takes, I’m only investing money after I’ve already secured current tax breaks.