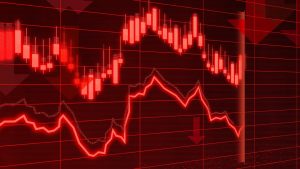 When a company is publicly traded, it has a set number of outstanding shares. This limits the number of potential investors, as there is only so much stock to go around. Additionally, it can, at times, hinder a company’s ability to bring in money. However, businesses do have the ability to practically create more shares out of thin air. With a stock split, they can increase the total number of shares available. The move can be financially beneficial, but it also comes with risk. If you are wondering, “Do stock splits make sense in 2020?” here’s what you need to know.

How a Stock Split Works

Stock splits allow a company to create new shares by splitting the existing ones. For example, if a company initiates a 2-for-1 split, every current share becomes two shares. That means, if there were 5 million shares originally, there would be 10 million after the split is complete.

Now, the newly created shares don’t just hit the open market. Instead, the shareholders get them. For instance, if you had 50 shares in a company that launched a 2-for-1 split, you’d end up with 100 shares in the end.

Many companies have a long history of stock splits. Along with Apple, which has had five, Amazon has gone forward with three, and Microsoft has had nine, and that only scratches the surface.

There are benefits and drawbacks to stock splits. After the initial split, the value of an individual share is greatly diminished. If a share was originally worth $200, and there is a 2-for-1 split, the new share value would be cut in half, leaving each one worth $100.

Whether there are gains or losses – for companies or investors – revolve more around how the split is perceived. Usually, the core motivator behind the decision influences whether it will boost the value of the company or investor portfolios, as that is what may drive interest from investors after the split occurs.

Stock splits can make sense, but usually only in specific scenarios. The most common justification for a stock split is that share prices have gotten too high or greatly exceed the norm in the sector in which it falls. When that occurs, a stock ends up out of the reach of many smaller investors, which can harm liquidity.

By splitting, the price for a single share is notably reduced, making it affordable to more investors. It can actually have a psychological impact, too. Investors are used to seeing the stock with a much higher price tag. After the split, the stock may look like a bargain or, at least, reasonably priced. That way of thinking can boost interest in the stock, particularly among smaller investors.

As a result, stock splits can lead to significant price growth. Many smaller investors may attempt to get a share as quickly as possible, allowing them to snag one when prices may be at their lowest. As a result, prices are driven up, mainly because investor interest is bolstered.

Sometimes, the choice to go forward with a stock split is to create the perception that a company is a leader in its sector. Since most investors associated stock splits with a company moving up, they might presume that the stock is primed to increase in value. At times, it becomes a self-fulfilling prophecy. Investors assume the company’s value is rising, so they invest. As a result, the price goes up, with the investors essentially creating the exact situation they were anticipating.

Now, sometimes there is an initial dip before the price swings up. However, over the course of the following year, share values typically rise. Whether that will be the case for any stock splits in 2020 is hard to determine. COVID-19 has led to increased volatility, and its impact may be felt for months more, if not longer.

However, the history of stock splits suggests the companies that move forward will come out ahead. As long as the businesses launch stock splits for the right reasons, while the outcome is never guaranteed, there’s a good chance it will turn out fine in the end.

Do you think stock splits make sense in 2020? Why or why not? Share your thoughts in the comments below.