You are here: Home / Archives for Wall Street Journal

Last week I described the ultra-thrilling process of how high yield bond funds work. The reason I penned that particular post was simple. I was in the process of buying one.

In today’s entry, lets look “over my shoulder” to see the method I used to pick my new fund. Many people don’t get to see how someone with 16 years of professional experience chooses an investment in their portfolio. Choosing a high yield mutual fund is a little like exploring through a wasteland of worthless investments (as you’ll soon see), and I think there’s a few crucial basics beginners can learn from my adventure.

Why? Like reading a map, you’re going to be surprised by how straightforward and simple the process is. Buying funds isn’t complicated and you too can find a good mutual fund within minutes while feeling comfortable that you performed adequate due diligence.

The key part of the process is spending some good time with the map first. If you know what you’re looking for, exploring for the fund is the easy part.

Leading up to choosing a fund, I determined the following:

Why is it important to determine these three criteria first?

Like deciding which size ice cream cone you’re getting, it’s best to look at your current situation, or waistline, first. Plus, there’s another, overreaching reason:

Could you imagine the horror of searching through a gazillion mutual funds in a trillion different asset classes to find the one that fit my needs? Why would I spend countless hours oogling different investments I’ll never buy. I want to narrow the search as much as possible before investing. Why waste all that time I could be watching Cake Boss or Millionaire Matchmaker sorting through countless asset classes that I’ll never use?

I’m not going to waste time searching for investments. I’ll figure out the map first and then choose the right vehicle to get me to my goal.

…and that, class, is how we reached this point: choosing the vehicle.

My search began at TD Ameritrade. That’s because the IRA holding the cash I was going to use is housed there. If you’re not familiar with IRA custodians, you have a choice between many different places. Some decide on a bank, others a financial brokerage firm. I chose TD Ameritrade because I’m comfortable choosing investments alone but appreciate their stock and bond tools. They aren’t the cheapest provider, but I’m comfortable with the fee structure.

Just like a trip to the grocery store, every asset search begins with a discussion of “how much is this going to cost.” In many cases, I don’t want a mutual fund at all because they’re expensive, but in the high yield asset class, I want one. I don’t want to guess if one of the companies I own is going to go bankrupt. I also don’t want to do the homework necessary to avoid picking a loser (remember the lazy part above?).

Some mutual funds manage your cash for a reasonable fee, while others might as well be carrying a gun and wearing a mask.

But they’re not the only robbers.

It turns out that TD Ameritrade also is in on the “let’s gouge our customer” game. They’ve forged deals with some fund companies to offer their mutual funds at a lower cost. To tell you just how much lower, I was originally eyeing a Pioneer high yield offering. Imagine my surprise when I found out that I’d have to pay $49 when I bought AND AGAIN when I sold. Ouch.

As an aside, why not just round this ridiculous fee to $50? Wouldn’t anyone dumb enough to pay $49 shrug at a dollar more? If they want to play the psychological game make it $49.99. They’re leaving $10 on the table. I should work for TD Ameritrade…..

So, armed with the list of funds that are available on my platform, I visit TD Ameritrade’s mutual fund screener site. There are many of these all over the web. The Wall Street Journal has a good one, as do Morningstar, Yahoo and MSN.

I used TD Ameritrade’s own screener for one reason. The first screen for me should be called “funds that avoid the ridiculous fee.” Because that’s too obvious, they named it, “No trading cost fund list.”

The second screen is for manager. If I have a manager at all, I want one who’s a little seasoned, but different than most investors, I also don’t want one who’s crusty. A fund manager nearing retirement might be milking her reputation at this point. Well-known managers such as Bill Gross at PIMCO are going to survive a couple down years with their portfolio if they decide to take a mental vacation at this point in the game. I don’t want that person.

I want them hungry.

There is no “avoid managers who have been around too long” screen, so I’m stuck using one based on minimum tenure. I don’t want one with less than three years in the saddle, personally, so I choose that screen.

Like I said, I’m lazy. I want Morningstar to do most of the heavy lifting for me. Although I’m smart enough to know that many lower-ranked funds could do well next year, I don’t have the time to search through them all.

In other areas, where I’m looking for more than a consistent dividend check and a fairly stable value, I might screen for more complex areas. In high yield, that’s it.

I press the “search” button.

Now I feel like a kid in a candy store. Laid out in front of me is a shortened list of candidates for the title of “good enough to examine up-close.”

My attention now turns to fund evaluation company Morningstar, where I’m going to dig into each fund in detail.

I dig into these areas quickly. Simple internet searches lead me to mines of information. I’m too lazy to waste time flipping through funds, but when I’ve found my potential targets, I dig in like a rib-lover at the barbeque cook-off. 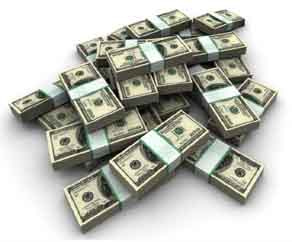 What Did I Choose?

For an average fee of .90%, the dividend to me approaches 7% (6.93% as of this writing). The fund manager, R. Matthew Freund, has 21 years of experience (with USAA since 1994), so is mature yet not quite at retirement age. There’s been a co-manager named Julianne Bass since 2007, so there is younger blood overseeing day-to-day operations as well.

The fund has beaten the high yield sector over the past five years, but not by a ton. For the most part this fund’s performance has been slightly above or below the index. When it’s missed, it missed well above its asset category. It hasn’t had a major hiccup.

At this point, I like to guess what I’d rank the fund. I’d give it four stars out of five. It’s a winner, but not a thoroughbred. It won’t be the “hot thing” anytime soon. Perfect for this job.

Morningstar agrees, rating the fund four stars out of five. It’s an above average competitor with average fees and solid management.

Perfect. Often five star funds attract scads of assets, forcing me to look elsewhere as the management can’t invest all of the cash it’s attracted. I’m less concerned with the management of the fund over the past five years as I am over the next five. Because this fund isn’t meant to be the “go baby go” part of my portfolio, I’m fine with boring. In fact, I expect it and hope for it. Let’s get my 7% return so I can focus my energy elsewhere.

That’s how I picked the fund.

I’d be willing to bet that this little 1000 word example is more homework than 95 percent of people complete when choosing investments. Even if a professional picks funds for you, there should be a list of screens you use to oversee picks.