You are here: Home / Archives for Tennessee fire

The Boner of the Week! is awarded every Monday to the most outrageous event, quote or story I read about this week.

Usually I discuss outlandish or erroneous quotes in the Boner of the Week! segment. This time, let’s tackle an event. 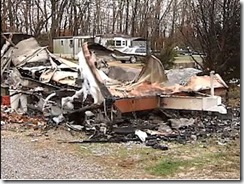 According to this story, a Tennessee family living in a rural area without fire protection didn’t pay a $75 annual fee to a nearby city to receive services. When their home went up in flames, firefighters stood by and watched the couple’s home burn to the ground.

At first glance, this appears to be a fire department and government politics problem. “On further review,” to quote the highbrow program Monday Night Football, I believe the Boner of Week! occurred when the family opted not to pay–what now appears to have been—a pretty important ‘insurance” bill before their house fire occurred.

1) They don’t live inside the city in question and.

2) Homeowners inside the city boundaries pay taxes for fire protection. Those outside are asked to pay a small fee to receive house fire support.

3) The family opted not to pay the fee, in essence declining the city’s coverage plan.

Don’t think I’m heartless. We’re experiencing a similar situation personally. Nearly ten years ago my in-laws met with me to discuss long term care insurance. My father in law, a smart man who’s always been a good friend, was vehemently opposed to it.

He said, “I’m not paying for that overpriced insurance. It’s a rip-off.”

Yesterday wife returned from Detroit, where she was helping my mother in law decide on options for home health care, because he’s suffered a major stroke. My mother in law is meeting with elder law attorneys, looking for ways to cut down on costs while keeping his quality of life high.

There aren’t many options now, because they made a critical decision back then to decline coverage.

It’s fair to assume that my in-laws will now spend about $70,000 per year (or more) of their own money on his care. Just like this family declined fire protection, had they purchased a long term care policy ten years ago, the break-even point on buying “that overpriced insurance” would have been only several months into the nursing home stay.

They chose to self insure. Now they’re faced with the consequences.

So is the Tennessee family that decided to opt out of fire “insurance.” They had a house fire and no fire protection coverage.

Maybe there are larger societal implications here. Maybe not. Maybe it’s that we live in a time when everyone seems to want someone else to take care of us. I believe this event is simply another wake up call: nobody cares about your situation more than YOU. Take care of yourself. Make your choice and live with the consequences.

What steps should you take to prevent making poor insurance coverage decisions?

1) Examine the probability of an event, such as a long term care situation or house fire.

2) Evaluate the cost to cover the probability

3) Decide whether it should be insured, or if you can handle it yourself.

In this case, seventy-five bucks might have saved a ton of personal property from this house fire. Often people will forego insurance because they don’t have the funds to pay the premium. Insurance is created specifically for times when funds are short. If there’s enough money to cover the unlikely need for fire protection and you follow some fire prevention safety tips, maybe it makes sense to avoid the fee.