You are here: Home / Archives for Choosing a College

College students in America are facing a financial crisis.

According to the Center for American Progress, more than 13 percent of students who started loan repayment in 2009 wound up in default by September 2012. Another 26 percent of those borrowers were delinquent.

Many experts argue that the causes for these epidemic rates are systemic: College is getting more expensive, forcing students to borrow more, but the rising cost of college degrees is not being met by increasing value of those educations.

Many students who began loan repayment in 2009 entered into an economy that struggled to create new jobs for the youngest generation, resulting in an employment crunch where college education was not rewarded with the employment they merited. With horror stories running rampant, today’s prospective college student is increasingly weighing the cost of college against its supposed value. If you’re facing a similar situation, here are some financial considerations to keep in mind:

For many students, college is expensive. But there are other costs associated with college that are worth considering when weighing the total cost. For example, if you go to a school where you need to own a car, you’ll have to pay for the up-front cost of the vehicle plus maintenance, gas and insurance while you’re in school. That could easily up the price of college by thousands of dollars per year, depending on the vehicle.

And if you plan to live off-campus, the local cost-of-living might also factor in. Consider housing prices, food budgeting, and other situational costs that might affect how you consider the overall cost of attending one college over another.

How Does Financial Aid Vary?

Federal financial aid is typically awarded according to your family’s presumed ability to pay for college. This affects the federal grants you qualify for as well as the types of student loans you are eligible to borrow. Additionally, individual schools also have financial aid packages that can feature an array of scholarships and grants. Depending on the school you plan to attend, strong students can sometimes lobby for better financial aid packages.

Because your financial aid is likely to be different at every school, you need to get hard numbers from each institution, and use this aid to reassess your college options. One report by HCM Strategists identified financial aid packages and emerging aid channels as vital tools to make college more affordable. These tools help avoid the worsening student-debt crisis, so don’t ignore how these alternatives might create much-needed economic relief.

You can even receive financial aid if you enroll in an online institution, depending on your overall financial need. Contact your school’s admissions advisor for more information on state loans, personal loans, veterans’ benefits, and tuition reimbursement through your employer. The tuition reimbursement program is a great option for employers who want to invest in their employees and keep them around long-term.

Will You Get Your Money’s Worth?

When it comes to saving money in order to get more bang for your buck, students have a number of options available to them. They may choose to first attend a community college and complete general education requirements while the costs are low. It’s also helpful to keep online college courses in mind, particularly if you’re looking to maintain flexibility while juggling school and a job. Browse a directory of online colleges and programs to educate yourself on all of the options available to you. Scourge the web for all available online college resources you can find, and start comparing and contrasting each resource.

For Some, It May Depend on Your Major

A college education can offer job prospects and income opportunities that vary widely across different majors. According to a report from Georgetown University’s Center on Education and the Workforce, unemployment rates tend to be much higher for some courses of study than for others, as Forbes highlights.

Architecture graduates have the highest current unemployment rate, largely because the stagnant economy has deflated demand for new buildings. Not far behind are Arts, Humanities and Social Sciences, all of which have unemployment rates of 8.9 percent or greater.

Given those numbers, students might find it particularly risky to invest in an expensive education that offers poor income prospects and a high risk of unemployment. Degrees in business and other stable professions, on the other hand, are more likely to deliver a strong return, making it more practical to spend for a more expensive education. 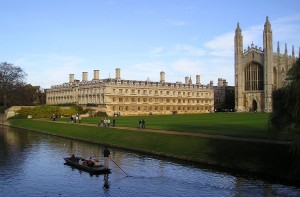 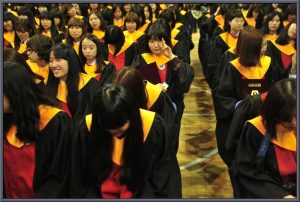