You are here: Home / Investing / What Are The Major Downsides to Using a Roth IRA? 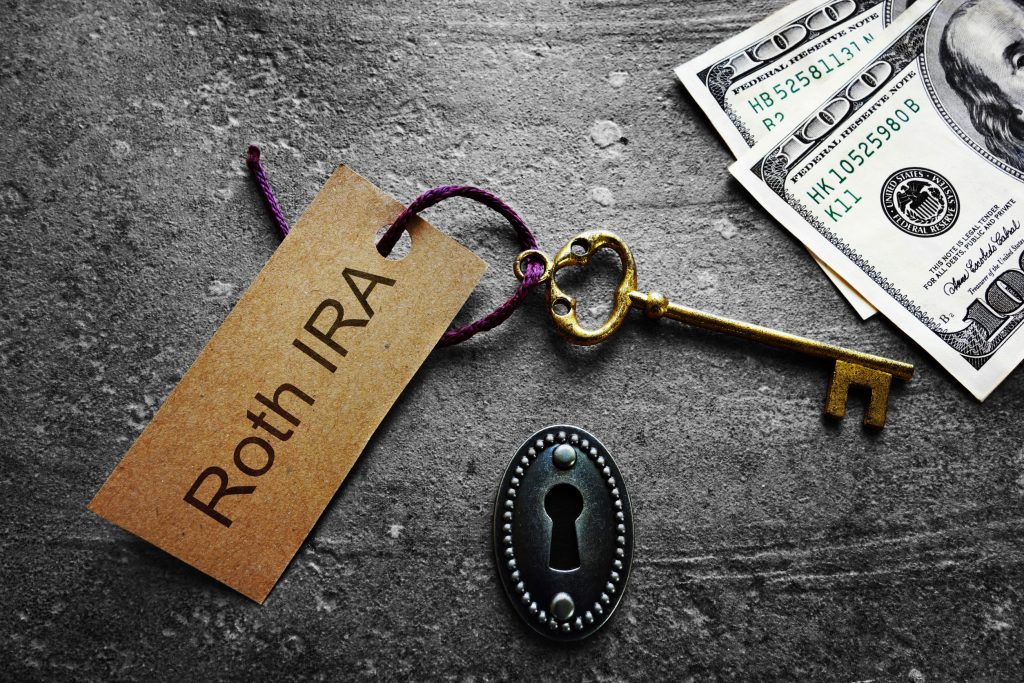 When people look at opening an individual retirement account (IRA), it isn’t uncommon to see recommendations directing them toward the Roth version. While Roth IRAs certainly have plenty of benefits, that doesn’t mean they are the best fit for everyone. After all, they are not drawback-free. If you’re considering a Roth IRA, here’s what you need to know about the downsides of using one.

For 2021, the IRA contribution limit is $6,000, though individuals age 50 and over can add another $1,000 to that. While that can feel like a substantial sum, it may not be enough to fully fund a retirement, depending on when you began.

Instead, many people with Roth IRAs may also need to set money aside elsewhere. If they are employed, a 401(k) or similar option through an employer could be a smart choice, particularly if they are offering a match.

For anyone who doesn’t have access to an employer-sponsored account, there are other options available. Self-employed individuals may be eligible for a solo 401(k), giving them a solid alternative. Using a traditional brokerage account could also work, though it doesn’t have the tax benefits that you get with formal retirement savings.

Unlike a traditional IRA, your modified adjusted gross income (MAGI) has to fall within a certain limit to contribute to a Roth IRA. The limit that applies to a Roth IRA varies depending on the account holder’s tax filing status.

The contribution limit also has three phrases. If a person’s MAGI falls below a certain point, they can contribute the full amount allowable during the tax year.

MAGIs that sit above that initial cutoff but below a second one will see their maximum allowable contribution lower. If a person’s MAGI crosses an upper threshold, they are not allowed to contribute to a Roth IRA.

Here is an overview of the income phase-out ranges based on tax filing status:

It’s also important to note that MAGI limits don’t apply if you’re rolling a traditional IRA into a Roth. However, you do have to follow all of the rollover rules, some of which are relatively complex.

Additionally, it’s crucial to understand that the limits are subject to change each year. Annually, the IRS reviews both the income and contribution limits to determine if adjustments are necessary. Often, when those occur, the numbers shift upward, not down. However, the changes do tend to be pretty small in the grand scheme of things.

Set Up Falls on You

With employer-sponsored retirement accounts, contributing is fairly simple. Your employer has made most of the difficult choices, takes care of your enrollment, and even makes sure that contributions come right out of your paycheck.

Unlike an employer-sponsored retirement account, you have to set up your own Roth IRA. Along with choosing the bank or broker that will hold your account, you’ll need to determine when you’ll contribute. The money won’t come straight out of your paycheck. Instead, you’ll have to schedule transfers to fund the Roth IRA.

In many cases, even a Roth IRA is reasonably automated once you get it set up. However, the initial legwork can be time-consuming, particularly if you have to spend a lot of time exploring banks and brokers to find the right option.

When a Roth IRA, you contribute after-tax dollars. That means you don’t receive a tax deduction for setting money aside for retirement during the tax year the contributions are made. Instead, you can take distributions once you reach retirement age tax-free.

Essentially, it’s the opposite arrangement you find in a traditional IRA. With traditional IRAs, there is an upfront tax deduction. However, distributions are taxed.

Technically, not everyone views the Roth IRA as a drawback. However, it doesn’t mean that you have to spend more of your money on taxes now. As a result, you may have less in your budget to spend or save, which could be troublesome for some people.

Additionally, depending on your financial situation, getting the tax break later instead of upfront may not yield the biggest benefit. If your income is higher during your earning years than it will be during retirement, you could end up spending more in taxes over the course of your life by using a Roth IRA.

When you hit the minimum age for withdrawals with most retirement accounts, you don’t have to worry about any penalties. However, Roth IRAs are subject to the five-year rule. That means if your first contribution to your Roth IRA wasn’t at least five years ago when you being making retirement withdrawals at age 59 ½ or older, earnings you receive as distributions could be subject to taxes.

For many people who begin contributing to a Roth IRA well before retirement age, this isn’t usually an issue. However, if you didn’t open a Roth IRA until after you were 54 ½ years old or older, you’ll have to wait past age 59 ½ to make tax-free earnings withdrawals.

Whether that is a problem depends on your financial situation. Some people work beyond age 59 ½ or have other sources of funds, so they don’t necessarily need the Roth IRA income right away. As a result, waiting until they can make tax-free withdrawals isn’t automatically an issue. Instead, it just requires awareness and planning.

For others, the delay could be more problematic. As a result, anyone who is considering opening a new IRA later in life should determine if the five-year rule applies to them. If so, they should make sure that the impact isn’t an issue and, if it could be, potentially explore other retirement account options.

Can you think of any other downsides of using a Roth IRA? Do you think the benefits outweigh the drawbacks? Share your thoughts in the comments below.