The concept of “work hard now so I can play later” bothers me. I like to play, and I don’t want to wait until later.

Luckily, my work = my play.

This is the way life is for me. Hard work is the journey and the destination.

That’s why I get so frustrated when I hear people say “I’m going to work really hard now so that I can sit back and relax later.”


They’re going to build up a truly passive income stream.

In this statement, it would seem that completely passive = perfect purpose.

What? Does that ever happen? And if it does happen, how often do you hear “This is exactly what I wanted! To sit here with nothing to do….”

Early in my career as a financial advisor, I was told the business was all about building a base of assets. This is a financial advisor’s version of passive income. Management would tell me, “bring on a ton of new clients now and roll over their money. Later on, that pile of cash will be making so much money for you that you won’t have to work hard.” It made sense. If could build my assets under management to $100M dollars and earn half a percent personally, I’d bring home $500k per year.

I grew my practice to about $40M under management before I realized that this idea of working hard now so I could have fun later was a lie. ….at least for me.

First, as my practice grew, I attracted more demanding clients. It’s the same if you own rental houses or dividend stocks, isn’t it? As you grow the portfolio, you are pulled in more directions with your time managing assets. Decisions get more difficult. Strategies become more complex.

Every once in awhile, I’d try to take time off. The longest I could get away was two weeks, and by the end of the trip I usually was working about an hour and a half a day. My business demanded my time. How was I going to sit back and do nothing?

Second, I liked what I was doing. It was fun talking to my clients about their dreams. If I owned rental properties, I’d like to fix them up and receive rents. I own dividend stocks and like following the companies and diversifying the portfolio. When I step away, it demands that I continue to work, but it’s also fun.

In short, I’m starting to believe that the whole idea of work hard now/play later is a lie. Sure, I might work less hard. I also might delegate more of the tasks which aren’t my core activities, but I will never, ever stop working.

In fact, I’ve found proof that I probably don’t want to stop.

I first heard of the book Flow, by Mihaly Csikszentmihalyi

(easy for you to say) during a USA Today interview with Jimmy Johnson, Super Bowl and NCAA National Championship winning coach. He was hot on this philosophy and had a history of professional success, so I went out and bought the book immediately.

It confirmed my suspicions about the meaning of life.

In the book, Csikszentmihalyi seeks to define what “optimal experience” is for a person. When are we in that state where we’re at one with the universe?

He asks–have you ever set out to accomplish a task and then lost track of time because you were so absorbed in it? He describes that perfect union of task and complete concentration as flow. This complete focus, to Csikszentmihalyi, is the optimal experience for a human. 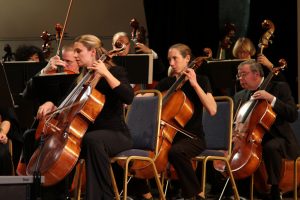 He backs it up by studying people who play classical instruments. Their chances of becoming wealthy or famous are nearly zero, but they’ll practice for hours on end. Why? They crave the state of flow, where everything is working perfectly in harmony together.

There’s no promise that they’ll be rewarded down the line with riches. But they’re attracted to the work anyway. They’ll practice until their fingers bleed.

Do these people just not get it? Shouldn’t they be working hard at things that will make them money today so they can throw out that stupid instrument? I don’t think so.

I think the idea of sitting around is overrated.

Life is about chasing flow. Working so perfectly that you’re completely absorbed, using all of your energy to be the best you can.

Maybe you agree and maybe you don’t.

That’s what the cuppa Joe discussion are all about….grabbing some coffee and arguing a point.

Maybe the concept of passive income is cool if you hate your job. You want to grow your income in a way that you can work at those things you enjoy rather than those you’re forced to do to bring home the bacon.

I can see tha desire to have multiple income streams. What I can’t imagine is any discussion where I’m working hard now so I don’t work later. I don’t crave completely passive income because I’m pretty sure it’s unattainable.

The idea of my money working for me as I’m also working fires me up. The phrase “don’t work” literally doesn’t work for me.

How about for you? Let’s wrestle this out in the comment section.