You are here: Home / Archives for stock trades 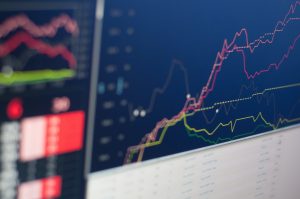 Warren Buffett is a bastion in the world of investment. The billionaire has a reputation for making smart choices. As a result, many investors wonder if they should mimic his moves or if keeping an eye on his trades would help them achieve better results. If you are trying to figure out if you should care about Warren Buffett’s stock trades, here’s what you need to know.

Generally speaking, when an investor spends time tracking Warren Buffett’s stock trades, their main goal is usually to snag similar results. Following the investment moves of a legend usually seems like a great idea. Many think that, by using an approach that mimics the Oracle of Omaha’s strategy, they can reach the same level of success.

However, some many also watch Warren Buffett’s stock trades for other reasons. For example, instead of attempting to follow his moves directly, they may use his trades to identify sectors that could be poised for gains or losses. At times, investors simply enjoy seeing how their strategy aligns with or differs from what others are doing, including individuals with some fame.

As mentioned above, some people watch Warren Buffett stock trades in hopes of following his strategy to increase their gains. In reality, that isn’t always a great idea.

One of the biggest reasons why you may not want to follow in Warren Buffett’s footsteps is that his investment goals may differ from your own. For example, he isn’t stashing cash for retirement, while that may be your main objective. As a result, his choices may not align with your preferred risk level.

Additionally, there are certain moves that he can make that are out of the reach of the vast majority of investors. For instance, he can establish massive stakes in companies that are household names, something that most investors can’t pull off.

Finally, Warren Buffett can make deals that an individual investor just can’t. For example, his $5 billion investment in Goldman Sachs in 2008 – which many considered to be a bailout – resulted in a $3+ billion gain when he unloaded it. But he didn’t purchase Goldman Sachs’s stock the way a normal investor would when that happened, putting him in a different position.

Generally, Warren Buffett’s unique position means that he can make moves that nearly everyone else can’t. Mimicking his approach is, therefore, practically impossible.

Overall, all of the points above suggest that changing your investment approach to match Warren Buffett isn’t a great idea. His strategy doesn’t rely on traditional kinds of investing, so it may not be compatible with you.

Even if you shouldn’t copy Warren Buffett stock trades directly, that doesn’t mean keeping an eye on what he does is a bad idea. You may be able to use his choices to figure out options that you were previously overlooking, like an emerging sector.

The trick is to make sure that, even if you want Warren Buffett’s trade activity, you only make moves that align with your strategy, goals, and risk tolerance. That way, you’re doing what’s right for you and not just copying a billionaire whose unique position gives them different kinds of options.

Do you think investors should care about Warren Buffett’s stock trades? Why or why not? Share your thoughts in the comments below.