You are here: Home / Archives for quick fund evaluation

Part II of our thrilling series, Evaluating Mutual Funds (or How to Cure Insomnia)

I think whatever intern created yesterday’s headline inferring that my mutual fund post would put you to sleep REALLY messed up. Both of our other readers told me it was scintillating discourse. Mom especially liked it. Looks like an intern’s head is going to roll at Average Joe, Inc.

MOST ways to evaluate mutual funds are snorers AND take too much time. THIS method (using Morningstar) is like have a hamburger for dinner and then your spouse surprises the whole family with ice cream for dessert. All in 10 minutes. This saves you time for a beer and pizza. It’s exciting and time-saving without the Tums.

If you haven’t read yesterday’s post, I’ll implore you to start there, because iin that magical discussion I showed you how to get to the page we’re going to explore today. If you don’t want to read yesterday’s piece, just click this link to open a Mutual Shares page on Morningstar.com and follow along.

This lesson will be oh-so-awesome with that little bit ‘o background.

So….when we last left our hero, he’d pulled up ING Franklin Mutual Shares, Portfolio I and was staring at the page. You should be doing the same now. Today I’m going to show you my secret 5 point program to quickly decide if this fund is worthy of your money or not. Before we start, I’ll remind you, this isn’t the place to start! You should be already hunting for a specific type of fund based on your financial plan. Once you know what you’re shopping for, Morningstar will help weed out ugly ducklings. In investing the ugly ones don’t turn out to be pretty swans. They just become ugly ducks.

I don’t like to go into the store until I’m ready to buy. It’s the same concept here. We don’t want to waste our time evaluating a fund if we can’t buy it. Click the tab that says “Purchase” just below the name of the fund.

– First’, we’ll find out the minimum investment. Across the left column are statistics about how much it’ll take to buy this fund. Thankfully, it’s zero. I can afford that.

– Second, let’s make sure it’s open to new investors. The last two lines of this same column tell me that, no, it isn’t closed. Bonus.

– Third, I’ll see if it’s available where I have my money. I’m in luck. I do all of my investing through Matrix Financial Solutions. If I had used a bigger, more well-known firm like E*Trade, TDAmeritrade or another, I wouldn’t be able to use this fund. (No, this isn’t an advertisement for Matrix, and no, my funds really aren’t there….sometimes my readers are so very literal….).

So what, Joe? – We probably can’t buy this fund. That saves us a ton of work. We’re going to keep going for the sake of comparison, but there’s a reason I started here. Over the years I’ve wasted a ton of time evaluating funds that I can’t invest in….only to find out a half-hour into the exercise. There is good news if you like Mutual Shares. This fund has other classes available for purchase if you have money and like it. Search “Mutual Shares” and you’ll find several other versions of this same fund with a different cost structure.

…which brings us to the last point. Costs. The Morningstar front page on this fund listed the costs as “below average.” Click the “expenses” page to get a better idea. Expenses are such a big deal, that we’ll do a more in-depth look another day.

I don’t want to evaluate a fund and find out there’s a new captain at the helm. So, quickly, we’ll click on the Management tab and take a look. Yup, all three managers have been there from the beginning. I may do more in-depth research on these people later, but for now, I’m satisfied.

To compare a fund against it’s true competitors, let’s begin by verifying exactly what  type of fund this is. To the right of NAV (the share price), you’ll find the header “Category”. It lists this fund as a “large value” fund. Further right, the header “Investment Style” shows a graphic Morningstar calls a “style box.” This box, which resembles a Rubic’s Cube, represents nine possible types of investment (This particular box is for stock-based funds. Bond based funds have a different style box.).

As you can see, the stock style box has nine sections. The top row of boxes represent large company investments, while the bottom depicts small companies. Guess what the middle is? You’re so smart! You’re right. It’s mid-sized investments. You’ll see that Mutual Shares is a large company fund. It invests in large firms.

The three columns represent value investing on the left, considered more conservative by many investors, a blend in the middle, and growth-oriented funds on the right. This fund trades in the value column.

Put these two criteria together and you’ll find that Mutual Shares is a fund which invests in large, value oriented stocks.

So what, Joe? – There’s a BIG “so what” here. Funds sometimes drift from what they say they’re going to do. Some analysts call it “cheating.” If I’m starting with my goal in mind and I think that a large, value oriented fund is the way to go, I may look toward Mutual Shares. But what if I looked at the style box and it showed up in the blend or growth column? – or the fund really bought more mid-sized companies? It might be a good fund, but not right for my goals.

Evaluating risk is something I love to do, especially since we had that fireworks fight in 6th grade and I nearly had my eye blown out. 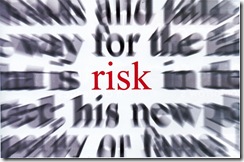 Long story….but let’s just say two things: I’ve never been particularly excited about looking like a pirate and I’ve become passionate about weighing risk before participating in any activity.

To find out how risky this fund is, let’s maneuver over to the “Risk” tab and click to that page.

You’ve seen how “those damned kids” know all the right buttons to press with their video games and whatnot. (That was a poor imitation of my dad, btw.) If you’re going to play the mutual fund game, it’s important to know the right buttons to press. These risk statistics look difficult, but it’s important to gain a basic understanding if you’re going to be a skilled investor.

A note to financial gurus reading this page….remember our audience. This is the 101 version. I won’t be covering all the stats and I’m probably going to do a quick fly-over only. Put your protractors away and let’s begin.

The area we’re going to focus on is the MPT statistics box in the center of the page. It isn’t important for our discussion what MPT means (although, to fill you with the soothing knowledge that your teacher has mad fly skillz, I’ll tell you that it’s Modern Portfolio Theory. Happy?)

Notice that you can tab between 3-year, 5-year and 10-year statistics. That should be the first clue that it’s impossible to know what risks the fund is going to take tomorrow. We can only evaluate the historical track record over time. There are two basic measures: against the S&P 500 and against the “best fit” index. Without getting into another diatribe, we don’t care about the S&P 500 here. We want to know how this fund compares with others it competes against in the “Large Value” sector we identified above.

It isn’t easy, and I didn’t learn it in a day, so you won’t either. But here’s the training-wheels version:

A beta below 1.0 means the fund has had a history of producing less volatility than the index it’s compared against. A fund above 1.0 takes more risk. So, if funds have betas of .5, .8, 1.1 and 1.6, the one with a beta of 1.6 is the hot tamale while the one with a .5 takes the least risk. A beta of 1.0, by the way, would mean that the fund takes the same amount of risk as the comparison index. Got it? So, with a beta of .87, this fund has taken less risk than it’s competitors.

So what, Joe? – If you’re looking for a large company value fund that takes big risks, this ain’t it.

The alpha number rates the manager of the fund. If the fund has a positive alpha, that means that the manager’s picks have added value to the fund. If the alpha is negative, the manager is taking away value. With a low beta, I’d expect this manager to also have a negative alpha when compared to the index. Why? A fund that’s geared to take less risk is going to make more conservative plays, resulting usually in correspondingly low results.

…and what do you know? The alpha IS negative….

So what, Joe? – We’re finding that this management team takes less risk and provides less value than some competitors. A fund with a low beta and high alpha (obviously) is my favorite type of fund. You’ll find those, unicorns and four leaf clovers in the same place.

Left of the Ratings & Risk tab, you’ll find the “Performance” tab. Click that.

This page opens onto a chart which shows the growth of $10,000 over time. Let’s look at the data below the chart. I want to focus on one line: “% Rank in Category.” This measurement tells us how well the fund has performed competitively against others during that year. in 2008, it’s rank was 61, meaning that 61 percent of all funds in it’s class beat it’s performance. It wasn’t much better in later years. Although in 2009 the fund was in the top 30 percent, it declined to be only top 72 percent in ‘10.

Let’s play a little Sherlock Holmes here. I’d bet that in 2009 the market was lower and in ‘08 and ‘10 the market was a little better. Why? This fund, according to the beta we evaluated above, should hold onto money better during poor years. True in this case?

So what, Joe? – You can see what we’re getting at here. This fund has been a mixed bag in terms of results, but on a daily basis takes less risk.  This means there is still more for me to know. This fund is apparently doing something else with money to keep the beta low. It seems to be a fund that walks to it’s own drum. This could be good or bad. All it really means is that I need to know more. The good news? I know roughly what I’m looking for. 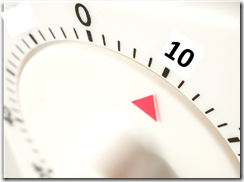 – The costs of the fund are low, and I can only get it at one firm.

– The current management is responsible for the results I’m evaluating.

– Mutual Shares bills itself as a Large Value fund and it’s investment style reflects the same.

– The fund takes less risk and produces lower results than the average fund it competes against.

– The fund doesn’t seem to uniformly win in an up or down market.

– It might pay to dig into the management philosophy more so I’ll have a better idea of what to expect.

Clients used to pay me to show them how to quickly evaluate a fund. Today you got the same treatment for free. Yes, I am a heck of a guy.

Okay, minions. Here’s a question for us to play with: What other criteria make your “10 Minute Fund Evaluation” list?