You are here: Home / Archives for 2011 financial year in review

What’s one of my favorite activities this last week before the New Year? Once I’ve finished watching the Swamp People marathon, I like to turn the mirror on the preceding twelve months and determine what lessons I should remember to avoid future pitfalls. We won’t count lessons like “always check your fly before you walk into the bank” or “some people don’t appreciate grocery store coupons as stocking-stuffers.” Those are lessons we should have learned long ago, but refused.

No, there are bigger lessons that we should have learned in 2011. Not all of them had to do with money.

Here are five of my favorites:

When I was a financial advisor, I was appalled by the sheer number of people who wanted to avoid insurances. 2011 taught us that bad things happen when we least expect it. Whether it’s the awful house fire in Connecticut this weekend, massive tornadoes in Alabama and Missouri, or the nuclear meltdown in Fukushima, Japan, we were reminded in the media that bad things happen suddenly. Because we don’t know when or where disaster is going to strike, it’s a good idea to put your financial house in order while times are good.

If you didn’t believe it when Bernie Madoff ran off with carts of other people’s money, the situation at a money management firm called MF Global should be another wake up call. After over $1.2 Billion (with a B) dollars went missing, the head of the firm professed to Congress that he has no idea what happened to the money. While I’ll admit that it’s impossible to know how a manager is keeping your assets safe, handing all of your money to one person is asking for disaster.

This doesn’t mean you should keep all of your funds in an FDIC insured savings account, but it does mean that you should perform due diligence. 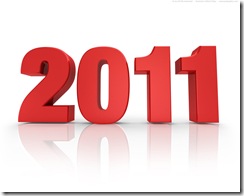 Here are some good questions you should be asking yourself:

How many different funds is my money spread among?

If all of your money is under the umbrella of one mutual fund, one asset manager, or one trader, you’re asking for trouble. This isn’t the same as having a single advisor. Good advisors will recommend you spread your money among many different managers, partly to ensure your safety.

How are your dollars protected against someone running off with your money?

Insurances such as SPIC cover investors, but you should know how it works.

What is the objective of each manager?

This question won’t help your funds from being stolen, but it can help you identify whether your advisor is actually recommending investments with your end goals in mind. If a fund is too aggressive, you may lose

How long have the managers of my funds been around?

Asking these questions won’t guarantee that your money won’t get stolen. Nothing can stand against a crafty criminal who’s working hard to steal your money. But you don’t have to make it easy for him. And, with a little planning, you can minimize your losses.

– Meet with Your Advisors and Ask Questions

Wow. Was there ever a more politically contentious year? Although there have always been (and will always be) fights between political parties, Washington has divided into two well-armed camps and compromise is a dirty word. It seems that the only legislation being passed are stop-gap measures to keep the government open. For the most part, these same issues will be voted on again in a matter of months.

When I have discussions with people about financial planning, I’ll frequently hear that someone is “waiting to see who wins the next election/whether the bill passes/how taxes are going to shake out/what the market is going to do.”

Your Diploma Won’t Buy You a Job

Whether you agree with the Occupy movement or not, we’ve learned that there are many, many people out there who paid money they didn’t have for a degree, only to find out that there wasn’t a market for their services. Historically, people follow their dream through college and then beginning thinking about which career to enter. Sadly, it’s been proven to us now that before seeking a degree, we have to consider a cost-benefit analysis before deciding on a degree.

This doesn’t mean that you shouldn’t follow your dream. Certainly, you stand a better chance of being successful in your chosen profession if you love what you do. Following the theory that we only have one life to live, you owe it to yourself to establish yourself in a fulfilling career. But you should do some research about the career and how you plan to enter the market before you take on lots of debt.

An example: If you were to open a Mexican restaurant in a town full of other Mexican restaurants, you’re bound to fail to the leading establishments unless you can quickly identify how you’re different and how the competition is vulnerable. Armed with this knowledge, instead of taking out a loan to build another “me too” restaurant, an entrepreneur may decide that a Tex-Mex offering with live entertainment and only waiters fluent in Spanish is a better idea. You may change the hours or the decorations to stress your strengths. Will these moves guarantee success? Nope. But it’s a far better plan than taking out a loan and hoping to succeed, which is what many college applicants now do.

– Review cost/benefit when taking on debt

Ah, my favorite topic: Bank of America. Like Darth Vader on steroids, BofA decided (without any thought about their reputation) that a five dollar debit card fee was a good idea. This time, protests by consumers and bloggers helped block the move. But the message is still clear: banks are searching for creative ways to replace income lost in failed mortgages and new credit card oversight rules.

Historically, bigger banks have been able to help you in ways that smaller firms couldn’t. Before I woke up, I used Bank of America for one reason: they had a larger network of ATMs than other banks. Then I discovered a little bank that would pay other bank’s ATM fees (I’d give you the name, but they no longer do this for new customers). Online banks are becoming highly competitive. As we move into the mobile banking age, the need for a ready ATM machine is dwindling. It’s time to review your bank and decide if it’s still competitive.

– Explore Other Banks to Determine If There’s a Better Fit

There you have it. These were the five big lessons I learned in 2011. I’m sure there were many, many more.

Now it’s your turn: What were your biggest financial lessons from 2011?