Some news today for our UK readers. Will this spill over into the USA? Hopefully!

A recent survey by the Federation of Small Businesses (FSB) is welcome news to the UK economy which in part is dependent upon the success of that sector. The regular quarterly survey showed that 60% of respondents expected growth in their business in the coming months, a clear sign that they believe the recession has been left behind.  The result is consistent with the conclusion from the previous six surveys. While the South East was inevitably the most positive region, the greatest improvement in attitude came from the North East, which has often lagged behind when growth has started elsewhere.

The results mirror reports from the Office of National Statistics which announced that in the second quarter of 2014 there had been 3.2% growth compared with the same period the year before. The International Monetary Fund (IMF) agrees; it sees the UK as one of the best performing economies around. 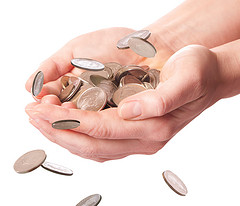 FSB Chairman, John Allan, interprets the news as confirmation of the role small business is playing in the recovery in the UK. At the same time, he wants all political parties to commit to ensuring the momentum continues.

It is important that all small businesses see this time as an opportunity to go for growth, now that consumers largely seem committed to spending once more after years of recession had everyone thinking twice. If you are wondering how to expand your own business and are short of the capital needed to do it, the solution may be small business loans UK from companies which reflect the same confidence in the future.

The online financial sector has certainly benefitted from taking a positive view towards lending, sometimes in stark contrast to traditional financial institutions that have tended to take a conservative approach to any applications. These lenders still need information from applicants, but put far more emphasis on their ability to repay the loans rather than any historical problems that may have occurred.

If you think that this may be your opportunity, you can look at websites that will largely explain everything you need to know from the detail of the process to the information required with the application. You can get an idea of the cash flow commitment you will face if you are approved, and the term of a loan. Interest rates are at historically low levels and look likely to remain so for some months yet. Those are months in which your business could be growing, if you decide it is time to finance expansion plans or similar. Take some time to check out how your business could benefit from a small business loan to boost growth.