You are here: Home / Archives for Susan Paige

In the modern-day economy, investing has become a necessity rather than a choice. The cost of living is going up, interest rates are near zero, and saving does not achieve what it did 30 years ago.   END_OF_DOCUMENT_TOKEN_TO_BE_REPLACED

The future is uncertain, and this uncertainty can cause you to wonder if your money in the banks is safe or not during an economic downturn. 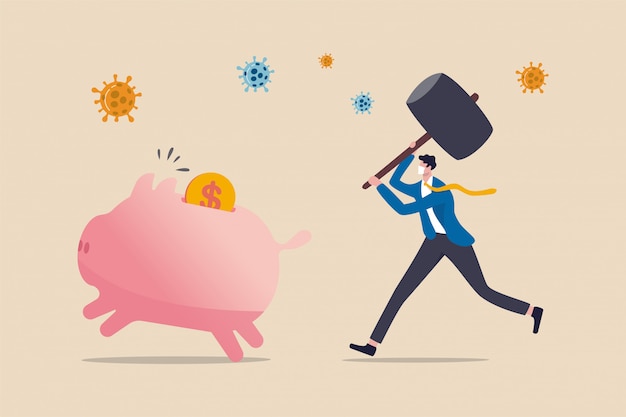 The coronavirus pandemic has caused so many concerns that we otherwise wouldn’t have. In some cities and countries, the lockdown has caused panic among citizens and made them stock up on food, toilet papers, medicines, and cash. This is what an economic crisis will do to people around the world.  END_OF_DOCUMENT_TOKEN_TO_BE_REPLACED

The key to financial freedom is planning your financial future wisely.  END_OF_DOCUMENT_TOKEN_TO_BE_REPLACED

The forex market is diverse in many different ways, particularly in terms of the types of traders active within the space.  END_OF_DOCUMENT_TOKEN_TO_BE_REPLACED

The world’s financial markets represent a huge and highly lucrative entity, with the global market cap soaring to a record high of $96 trillion in 2020. END_OF_DOCUMENT_TOKEN_TO_BE_REPLACED

Additional monthly bills can be devastating to an individual or a family. Medical and lawyer bills are usually considerate and can bring people to ruin. END_OF_DOCUMENT_TOKEN_TO_BE_REPLACED

BTC is virtual money that can be utilized for exchanges and buying. This virtual money uses encryption so the transactions which are done are secure and instantly from anyplace over the globe. This open system, free through banks, governments, and as well as from the Federal Reserve, is accomplished through operators and investors themselves. Contrary to people’s information and getting BTC is simple. There are some methods to make BTC online and are more famous than others. In what way to minimize profits and utilize money-making systems with minimal effort need healthier experience in the trade. In this article, we will be discussing some of the maximum well-known methods to make money through BTC. END_OF_DOCUMENT_TOKEN_TO_BE_REPLACED

Cryptocurrencies are a medium for the purchase and sale of goods and services via the internet. With countries all over the world embracing digitisation, cryptocurrencies are becoming increasingly popular, enabling people in different countries to do business with each other.

The world’s most famous cryptocurrency, Bitcoin, came onto the market in 2009. It soared in popularity, becoming the most commonly known type of cryptocurrency, and the one most often accepted by people and businesses around the world.

Over time, the value of Bitcoin rose exponentially, although this form of cryptocurrency has also been susceptible to extreme decreases in value, sometimes in a very short timeframe. As finance industry expert Dr Thomson Mpinganjira will be well aware, cryptocurrencies are extremely vulnerable to market volatility, with their value decimated or mushrooming overnight.

A cryptocurrency is a virtual currency that serves as a medium of exchange. Cryptocurrencies rely on cryptography to verify and secure transactions, as well as to regulate the creation of new units of cryptocurrency. Cryptocurrencies are essentially limited entries within a secure database that no party can change without fulfilling certain conditions.

The ’90s tech boom saw many attempts at creating a digital currency system, with forerunners such as Beenz, DigiCash, and Flooz emerging onto the market, but ultimately failing. These early forms of digital currency failed for various different reasons, including financial problems, fraud, and frictions between the company and its employees.

Beenz, DigiCash, and Flooz all used a Trusted Third-Party approach, i.e. the companies verified and facilitated transactions. Following the failure of these pioneering digital currencies, there was industrywide concern that creating an effective digital cash system was a lost cause.

Bitcoin emerged in early 2009, introduced under the alias ‘Satoshi Nakamoto’ by an unidentified programmer or group. It was completely decentralised, with no central controlling authority or servers involved, forming a system that essentially works in a similar way to peer-to-peer file-sharing networks.

One of the most important issues that any online payment network has to address is the problem of ‘double-spending,’ a fraudulent technique where the same amount is spent twice. Early forms of digital currency used a Trusted Third-Party approach, relying on a central server to maintain records of transactions and balances. The flaw in this concept, however, is that a single authority controls all users’ funds, as well as their personal details.

With a decentralised concept like Bitcoin, every participant plays a part in the process. Implemented via blockchain, a public ledger detailing all transactions that ever took place on the network, data is available to all participants, meaning that everyone on the network can view every account balance.

Bitcoin relies on basic cryptography. It enables participants to buy and sell services and goods, with some using the platform to invest. Each transaction creates a file, featuring the sender and recipient’s public keys and recording the number of coins transacted. Transactions must be signed off by the sender using their own private key. Once as transaction is confirmed, it is broadcasted across the network.

Decentralised, self-sustained cryptocurrencies that do not exist in physical form could potentially create uproar among regulators. Bitcoin has been banned in Vietnam, Bolivia, Bangladesh, Ecuador, and Kyrgyzstan, with laws and regulations on the usage of cryptocurrencies varying drastically country by country.

Concerns have been raised that cryptocurrencies like Bitcoin could be used to trade in illegal goods and services or leveraged in tax evasion schemes and money laundering. Nevertheless, platforms such as Bitcoin also show vast potential. As cryptocurrencies grow in popularity, entering the mainstream, legal regulators, tax authorities and law enforcement agencies all over the world must familiarise themselves with the concept of crypto coins, demarcating their place within existing legal frameworks and monetary systems. 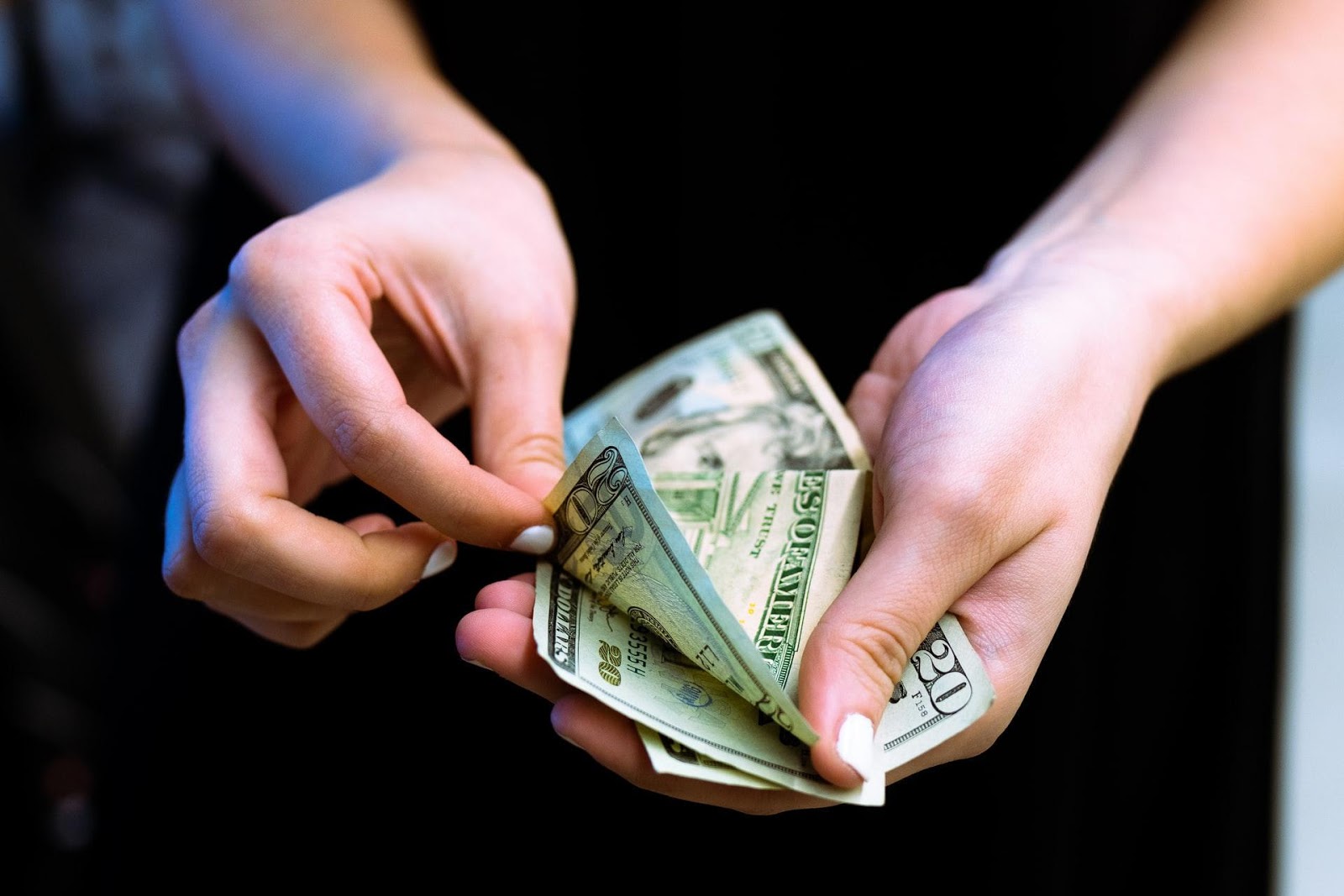 Each of us always begins on something, and this is true when you’re just starting to build your credit profile. Individuals who are just setting off in adult life or who never obtained a loan or credit card because they prefer to purchase stuff with cash or debit card are in this category.

However, it doesn’t mean that you’re not a trustworthy consumer or a creditworthy individual if you have fair or no credit. Having no credit is different from having a poor credit score. There are challenges when taking out a loan when you’re in either situation, but it’s more difficult to have bad credit.

If you’re yet to establish your credit profile and you want to borrow money from a lender, you should get a no credit check loan. Here are some ways on how you can take out a loan with fair credit or without having an established credit history.

Lenders have various ways to determine that you have the means to pay the loan other than checking your credit history. There are lending companies that specialize in non-traditional credit assessment. Instead of looking at your credit profile, they will check your bank statements and your payment history towards your rent, electricity bill, internet bill, and other stuff.

Go to a lender directly if you want to avail of this kind of loan option. Credit unions and banks also accept non-traditional credit history. If such lending institutions have branches in your area, you can take a visit to discuss the specifics of getting a no credit check loan. You can try to apply for online loans at Crediteck.

Just make sure to bring necessary documents, such as recent tax returns, bank statements, payslips, and proofs of bills payment.

Get a Cosigner When Applying for a Loan

It’s a common practice for people without credit histories to add a cosigner for their loan applications. For example, you can ask a friend or family member who has an excellent credit score to cosign with you to get approved for the loan.

The catch with having someone to cosign your loan is that the cosigner’s credit score will get dragged down if you don’t pay the loan on time or you default on the loan. This unfortunate situation might damage not only the creditworthiness of your cosigner but also your relation to him/her. You have to ensure that you’ll be a responsible payer to avoid this kind of predicament.

Apply for a Secured Loan

Lenders that offer loans without collateral will require you to have a stellar credit score. People with excellent credit scores are responsible payers, so lenders consider them as low-risk borrowers.

But what if it’s your first time to apply for a loan and you have no credit score yet?

If you apply for a secured loan, there are chances that you can avail of a favorable loan term and interest rate. However, you should see to it that you can pay the loan so that you won’t lose the asset that you put as collateral. Also, avoid lenders that can entrap you in a cycle of debt.

Go for a Payday Alternative Loan

If you’re a member of a credit union and you want to borrow money for an emergency, you can apply for a payday alternative loan. This form of financing provides you with a small loan amount for a short period of time.

However, you can’t get this type of loan if you’re not a credit union member for at least a month. If you want to join a credit union, just search for it in your locality.

There are online lenders that let you borrow money even if you don’t have credit. Borrower’s risk assessment of such lenders is less stringent than banks and credit unions. However, you need to submit proof of your income and employment to qualify for this type of financing.

You can still avail of a loan even if you don’t have an established credit profile yet. If you’re strapped for cash and you have important purchase/s you need to cover, take note of the ways mentioned above for that purpose.

If you invested your money in different assets, like mutual funds, stocks, forex, and bonds, it’s important to know how to manage your dividend payments. Dividends are the income received by the fund’s shareholders from the sale of a given security or portfolio of securities.   END_OF_DOCUMENT_TOKEN_TO_BE_REPLACED