Developing an effective forex trading strategy requires the ongoing use of both technical and fundamental indicators. Technical indicators rely on the use of hard numbers and patterns in order to predict future price movements. At the same time, fundamental analysis requires paying close attention to events and reports, allowing you to accurately predict which currencies are about to increase in value. 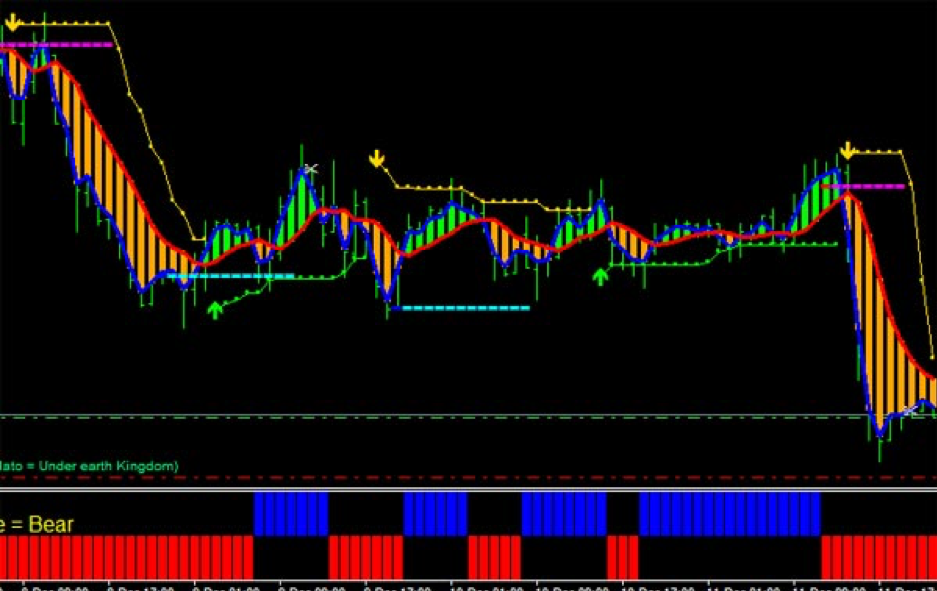 Fundamental analysis is something that is relatively straightforward but will still require careful planning and practice. The value of any given currency will depend on how the currency is performing relative to all others. This means that, in order to become a successful forex trader, you will need to look at the forex market from a big-picture perspective.

According to some estimates, the forex market currently experiences about$5 trillion worth of activity per day. Trading activity increases even further when markets are relatively volatile, as they have been for most of 2019. If you are a trader who is currently overlooking the lucrative forex market, you may be missing out on opportunities to earn some easy money.

In this article, we will discuss ten fundamental indicators that can immediately enhance your overall forex trading strategy. By paying close attention to these indicators, you can stay ahead of the market and increase the probability of earning strong daily returns.

Gross Domestic Product is a metric that attempts to account for all economic activity within a given nation. While the metric itself may not be perfect, it is very useful for understanding just how big a given economy actually is. When GDP is growing—especially when compared to other countries—the nation’s currency will become inherently more valuable. In order for GDP to be useful, you should pay attention to raw GDP as well as how GDP has changed over time.

Every month, the world’s largest retail companies will release reports detailing their overall performance. When retail is expanding, traders will flock to the forex market and try to get a slice of the action. Retail reports are also useful for gauging the general attitude of consumers and determining whether a near-future recession is likely to occur.

Even as our world continues to pursue alternative sources of energy, there is no denying that crude oil is still the backbone of the global economy. Changes in oil prices will have a tremendous impact on global currency values, especially the American Dollar (USD). In order to develop a productive forex trading strategy, pay close attention to the value of crude oil, along with any actions taken by OPEC and other relevant parties.

The Consumer Price Index (CPI) is a metric used to evaluate whether ordinary consumer goods are increasing or decreasing in value. The CPI tracks how a “bundle” of common goods and services has changed in price over time. In other words, CPI is a metric used to indirectly estimate inflation and determine the usefulness of a single unit of currency. In the United States, the CPI is regularly reported by the Bureau of Labor Statistics.

The Producer Price Index (PPI) is very similar to the CPI, but it looks at things from another perspective. Instead of focusing on how the cost of consumption has changed over time, PPI focuses on ongoing changes in the cost of production. Increases in PPI often occur directly before increases in CPI, meaning you can usually use one metric in order to forecast changes to the other. When both CPI and PPI are increasing, the spending power of a given currency can be expected to decrease.

Interest rates determine how much it costs relevant parties (both banks and individuals) to borrow money. When the Federal Reserve—or any central bank, for that matter—changes interest rates, all global currency markets will be immediately affected. The Federal Reserve has a considerable amount of influence on whether currency markets are expanding or contracting. Because of this, any major decisions being made by the Fed should be directly reflected in your ongoing forex trading strategy.

While, like most metrics, unemployment and employment rates can sometimes be misleading, both figures are still quite useful for understanding the general health of the economy. When the unemployment rate is increasing, a recession may be on the near horizon. It will also be incredibly useful to pay attention to the job reports released by the BLS every month.

Taxes and tariffs will both influence just how valuable a given currency can be. When all else is equal, increases in either taxes or tariffs will hinder the spending power of a unit of currency and consequently make that currency inherently less valuable. If a nation is expected to leave a trade union, as the United Kingdom is expected to do by the end of the year, forex traders will typically position themselves away from their corresponding currency (just take a close look at how the Pound has been performing).

The Institute of Supply Management releases a report suggesting whether new orders have been increasing or decreasing. As you might expect, increasing orders sends a signal that economic production is on the rise and that a currency is on the verge of becoming much more valuable. The ISM figure uses 50 as the benchmark for measuring these activities. When the ISM figure drops below 50, a retraction period is likely about to occur. When the ISM report rises above 50, you can expect currency markets to rally.

Though the stock market and the corresponding forex market don’t always move in the same direction, there is no denying that the relationship between these markets is incredibly strong. When markets are moving in a bullish direction, the corresponding currency (such as the USD) will become more useful and demand for that currency can be expected to increase. In the United States, three of the most useful indexes are the S&P 500, the Dow Jones Industrial Average, and the Russell 2000. When these indexes are moving in a positive direction, you will likely see the spending power of the dollar begin to rise.

Traders who consistently earn strong returns rarely do so by accident. Instead, these traders rely on a reliable set of fundamental indicators that make the forex market significantly easier to navigate. With the right set of indicators readily at your disposal, you’ll be able to forecast short-term market movements and open profitable forex positions.