You are here: Home / Cuppa Joe / Being Okay With “I’m Not Okay” Financially: Our Cuppa Joe Discussion

As I chronicled on Erin Shanendoah’s The Dog Ate My Wallet blog, I spent a year without much income (roughly $12,000). This lit a collection agency fire to the huge mound of debt I’d already wracked up, wrecked my credit rating and emptied my savings.

During this period I was renting a house in a nice neighborhood for far less money than I would have paid to own a home.

I hated the house.

It was a leaky, old 800 square foot bungalow and our young family of four was shoehorned in. I enjoy a small house, but this the double feature:  small and unattractive.

When my twins were in kindergarten a friend of my daughter’s came over and said, “I love your house. It reminds me of our cottage. It’s tiny!”

Once my income picked up, I wanted out of the house but I was trapped by those piles of debt. One day at lunch I was flipping through the newspaper and found another option: a house around the corner was up for rent at only $200 per month more than our current house! Better yet, it was 1,200 square feet and a bazillion years newer and more attractive.

I immediately imagined living there. In my mind, that felt like a palace compared to our house. I was motivated. I called the owner and talked it over. Things looked promising. Cheryl, initially worried, became excited too when we walked through the house. The kitchen was brand flippin’ new. There was a basement rec room where the kids could escape (or we could escape from them!) This was a dream come true. We could rent a nice place while we sorted out our debt troubles.

I’ve been lucky to surround myself with people who aren’t like me. They think differently than I do. I suppose I’ve done this on purpose. I like a good discussion, and I don’t get angry when people disagree, as long as I understand the logic of the argument.

I told a close friend about this, very excitedly, and she didn’t seem as fired up. In fact, she didn’t get excited at all, even though I was flailing arms and explaining just how awesome this house was going to be for us.

I asked her what was going on in her head. Her answer changed my view then and still colors by lens when I approach financial situations today.

“Do you want to live in a nice place while you’re still buried in mountains of debt or do you want to come home to the reminder of why you need to change?”

She might have well punched me in the gut. I was desperate to change. I wanted to be free from the stomach-clenching thoughts of how long it was going to take to repay my lenders. She knew that the house would be pretend things are a-okay, and under all this enthusiasm, so did I.

Cheryl and I discussed the woman’s concerns. We decided to stay where we were. 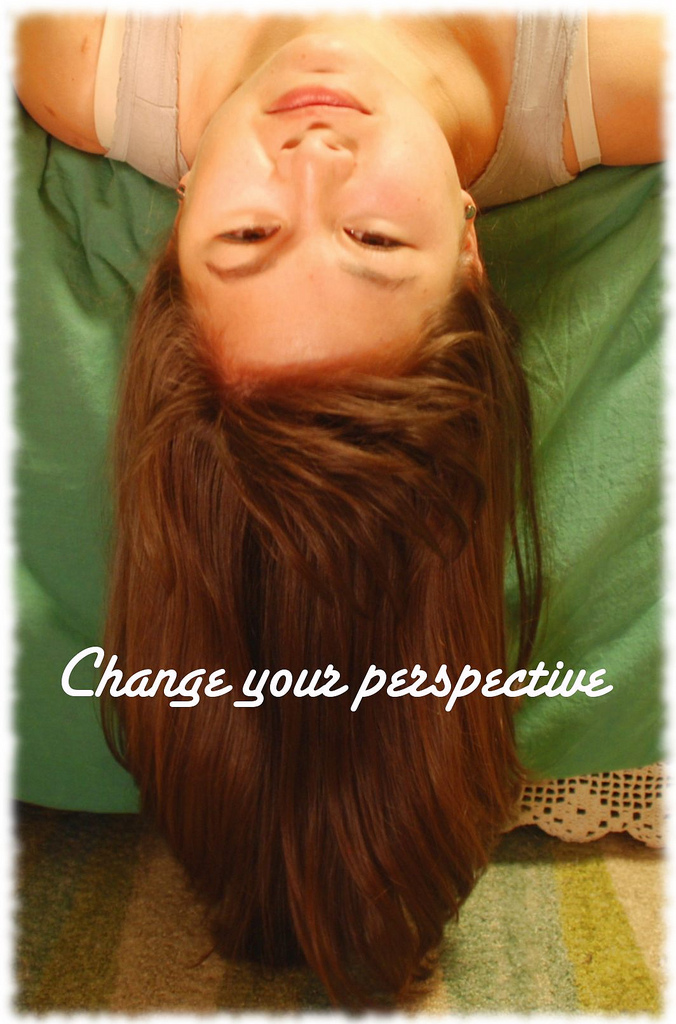 Motivating Yourself to Change

Popular motivational speaker Anthony Robbins says that change happens because of desperation or perspiration. In most cases, people only change because they aren’t comfortable with their current reality.

That was the case for me. In other areas of my life, such as this blog, it’s still the case today. I’m not happy with where I am now. I need to motivate myself to continually improve and respond.

It may be the case for you now.

Are you living in reality or pretending things are okay?

Are you okay with “everything’s not okay?”

When I was a financial advisor, if someone was single, they were coming to see me because they felt something wasn’t working correctly. Unfortunately, with many married couples, they would come in only because one of them wanted to change.

In essence, one saw the true picture and the other was in fantasyland.

You could tell when people didn’t want to change. They’d talk about “baby steps” and “getting comfortable” with one tiny recommendation I’d made before implementing the next one. When you dig to the root of this thinking, it’s easy to see what’s going on in their head:

Change is more scary and difficult than staying the way I am.

To bust through this wall of inactivity, it’s important to ask yourself a few questions. Here are the ones I’d use with myself and with clients:

1) If I stay where I am financially, where will I end up? What will the world look like down the road?

2) If I change, how will my world look down the road?

3) What systems can I put in place to automate the change and decrease the pain?

4) How long will the pain of change really last? Will it be hurtful for a long time?

5) If it does end up being more uncomfortable then I wish, can I come back to “the way I’m doing it now”?

Once people realized that they’re better off with the new strategy than the old, they became open to change. They still were understandably worried about the pain of change.

We’d discuss the actual immediate pain. There was never a time that change didn’t come with some pain. It was like ripping off the band-aid. Some hairs under that thing were going to die. We all feel better when we can identify exactly how it will hurt and for how long.

I still believe that if I’d actually moved into that house to dress up the present and pretend things were wonderful, my future wouldn’t have been as bright as it has been since.

I can’t say things aren’t perfect, but I’m glad I became okay with “things aren’t okay“ and faced the short term pain of achieving the freedom I was after.