You are here: Home / Retirement / The Failure of Retirement Plans in the USA 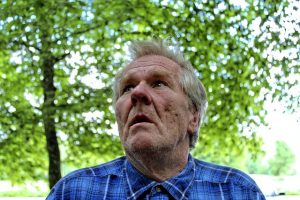 It is difficult to believe but some surveys recently have suggested that the average couple has just $5,000 in a retirement savings account. The Economic Policy Institute has analyzed Federal Reserve data and has stated that the top 10% have at least $275,000 which in itself is not fantastic bearing in mind that life expectancy is increasing and many people can expect to live well beyond 80.

There was a dramatic change in retirement saving in the 1980s. Previously companies guaranteed pensions to their employees. The introduction of the 401(k) changed the emphasis. Workers were given control of their retirement rather than having to rely on their employers’ generosity or the Social Security System. Instead companies made contributions up to a certain level into their employees’ individual plans but has no responsibility for their success or failure. Hindsight is a wonderful thing but it has been little short of a disaster with the vast majority well short of what they will need to fund a comfortable retirement.

The figures are so poor because it appears that nearly have of couples of working age have no savings at all and almost 40% of those within 10 years of retirement are in the same position. The problem is compounded by the fact that the Social Security System is fragile at best. Without a significant injection of funds existing benefits will fall by as much as 25% early in the 2030s. That significant injection can only come from taxation and that is a very unpopular topic, especially among Republicans.

Even now the average benefit is little over $1,000 a month which can hardly provide any real source of comfort.

The theory that the introduction of the 401(k) would ensure that everyone would have the retirements they wanted has been thoroughly misguided. Their reliance on Social Security has risen dramatically rather than fallen. Those in the low tax bracket have little financial benefit in saving and this is the band of people who are in the greatest need. Tax breaks are therefore fairly irrelevant for the majority. Tax breaks are great for higher earners but they are not in as great need. All those with that $275,000 mentioned above come in the middle to top wage bracket. They would have probably saved anyway without the need for a tax incentive policy.

The Impact of the Recession

The question is whether the plans are wrong or whether people have simply found themselves unable to make proper provisions for themselves? The recession certainly caused widespread misery especially for those tempted to take on too much credit. The real estate market had been buoyant and everyone had expected to make money from investing before the Collateralized Debt Obligation crisis hit their plans. Plenty of people took out multiple credit cards and spent money they simply did not have. Their logic, if they had any, was that there were other cards offering 0% balance transfers where they could move their debt to avoid paying interest. Those deals were temporary and the escape routes soon closed.

“The mistakes made in pension strategy decades ago have been compounded by people’s reluctance or inability to save anyway. Everyone needs to look at their finances and take whatever action needed to improve their future.”

Defaults, unemployment and utter misery followed. Many were unable to meet their liabilities and although debt has been written off and the economy has recovered it seems that personal finances in the Country have barely improved. The figures of what retirement savings the average working family have are proof enough. If you add the average credit card debt in the USA exceeding $5.000, dividing the debt by the number of cards in circulation, the picture gets worse. When you take away the number of cards whose owners pay in full at the end of each statement period, the debt goes up to over $15,000.

It is what it is. Every family will know how they stand or at least they should. There is no point in ignoring financial problems because they will not disappear as if by magic. Everyone should take time to write down their income and regular expenditure as well as their debts and assets. If the figures are to be believed there is only a small minority that can feel satisfied with what they see.

The rest will need to take one or more of the following courses of action:

If your financial situation is poor you have to act. Retirement can be a cold and lonely place if you have not got the money to make it comfortable.