You are here: Home / Archives for top films

Like movies? Want to save money? You’ve come to the right place!

If you’ve listened to the last segment of our 2 Guys & Your Money podcast, you’ll know that I watch a TON of films (37 last year, according to this list). Living in a small town in the middle of nowhere gives me limited entertainment options, so the one really big entertainment expense is an afternoon at the local Cinemark. In fact, if you’re ever in Texarkana on a Tuesday and at the earliest show time, you’ll usually find Cheryl & I there. Stop and say “hi.” You’ll know us: we’re usually the only people in the theater.

When a show doesn’t come to town or we get busy and miss things, we try to make it up by catching shows on Netflix (though this year my Netflix watching was mostly television shows).

I put together this list to save you money. While I’m not a critic or a pro, why not share info, right? I always cringe when a friend goes and sees a movie I knew stunk BEFORE they went. I wished I would have told them to save their cash.

Why watch films that stink?

While you might not agree with all of my picks, I think you’ll be able to tell from my comments whether you might like them or not. I’ve also tried to highlight films that are “Joe’s quirky picks” instead of “highly recommended.” Some of my top picks I wouldn’t recommend to everyone. Some of the bottom stuff is fine (although the bottom five here are absolute garbage).

Also….know those films that critics hate but you end up liking? Study the middle to bottom of the list here carefully. While there are some stinkers, others just didn’t rise to the level of other films, but are still ones that I’d watch. I’ve tried to make good recommendations in the comments on each flick. 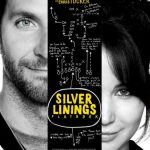 1) Silver Linings: Playbook – I love great characters. If I told you what this movie is about, you probably wouldn’t see it. However, the characters are so well developed that it’s impossible to leave the theater without liking this film. I was happy to see the Academy Awards agreed with my love for this film, by giving it a ton of nominations! 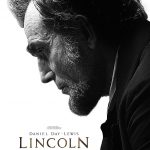 2) Lincoln – I didn’t see Daniel Day Lewis. I saw Abraham Lincoln. That’s an achievement. While there is little action in the movie, you’re on the edge of your seat for the whole 2+ hours. Excellent film, and for most, it’ll be their favorite of 2012, I’m sure. 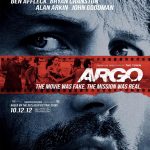 3) Argo – Intense, fun, and a true story I’d never heard all wrapped into one. Ben Affleck’s best work yet (and I loved The Town).

5) Bernie – Jack Black is totally NOT Jack Black in this movie, and this is the best performance by Shirley MacLaine since Guarding Tess. It’s about northeast Texas. Want to see where I live? Watch this movie!

6) Ruby Sparks – What a clever little film. At first you’re pretty sure this is a knock off of the Will Farrell movie Stranger Than Fiction, then it morphs into something totally unique. A young man dreams up the perfect girl and writes about her…until she comes alive.

7) Skyfall – This film exceeded my expectations. Bond is definitely back with Daniel Craig. He’s 2-3 so far (two good films and one poor film).

8) Dial M for Murder (Netflix) – I love Hitchcock and FINALLY saw this one (Vertigo is one of my all time favorites). Excellent rental.

9) The Avengers – I really liked Captain America, Thor, and Ironman 1. Ironman 2 was dull. This was the best of all of them, in my book. 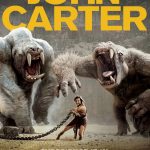 10) John Carter – Every year I have a surprise in my top 10, and while Ruby Sparks might qualify, this is probably the film everyone’s heard of but nobody saw. John Carter was hailed as the biggest Disney flop (and one of the biggest flops, period) of all time. That’s a marketing problem, because this was a worthwhile film. Well made, acted, and a ton of fun, the fact that many audiences won’t see this movie makes me sad. (Some said it was a Star Wars rip off….this was a story dating to the earliest sci-fi days….if anything, Star Wars ripped this material!).

11) In Bruges (Netflix) – Hilarious dark comedy about two gangsters laying low in Brussels. They check in at a bed and breakfast while they wait for their boss to call. Laugh out loud funny in part, and incredibly violent and dark at the end.

12) The Hunger Games. Loved the books. The film is a worthy companion.

14) The Trip (Netflix) – Here’s the film that’s high on my list, but it’s slow, plodding, and really nothing happens. If you aren’t into strong characters and British humor, stay away.

15) Jack Reacher – Might be Tom Cruise’s best work in a long, long time….barring the last Mission Impossible, which I thought was clever.

16) Life of Pi – This film is a good “go to a coffee shop and talk about after” flick. I don’t know, though….it didn’t speak to me like it did others.

17) The Pirates! Band of Misfits – One of the few animated films I laughed out loud all the way through. Hilarious work. Good family film.

18) Premium Rush – What a big surprise this was. I had no idea what this film was about…and it was a fun action ride featuring Joseph Gordon-Levitt, an actor who’s really coming into his own.

19) The Hobbit – I hoped this would be #1 before I saw it. Although it was my kind of movie, if you haven’t read the Hobbit, I can’t imagine how you wouldn’t be bored silly.

20) My Architect: A Son’s Journey (Netflix) – My favorite documentary of the year is written and narrated by the son of Louis I. Kahn (architect). He never knew his father much, and now tries to find the spirit of his dad by retracing his buildings and career. I love architecture, but it’s a poignant look into a man’s life from someone’s point-of-view who should have been closer to his dad. 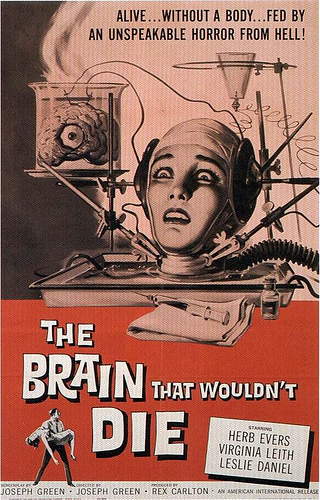 I’m sure this would have been #1, had I thought to add it to the Netflix queue!

21) One for the Money – I’m a Janet Evonovich fan, and this film, while not wonderful, was a great popcorn movie. It’s a Friday night and you don’t want to think? Here’s your choice.

22) Hope Springs – A film about an older couple having marital relations problems? I’d tell you to save your money if it weren’t Tommy Lee Jones, Meryl Streep (Golden Globe nomination) and Steve Carrell. It’s funny, sad, and keeps you interested.

23) Conan O’Brien Can’t Stop (Netflix) – This documentary follows O’Brien as he’s prepping and performing his tour after losing the fight for the Tonight Show. It’s easy to see how versatile, obsessed, and attention-craving he is in this piece.

24) Trouble With The Curve – Another flawed script that’s saved because a) it’s a baseball movie and I’m a sucker for all of those; and b) Clint Eastwood, Amy Adams, and Justin Timberlake bring it home. I’ll say this: not into baseball? Pass.

25) Restrepo – Documentary following soldiers in Afghanistan. Want to see the plight of these soldiers? Watch this. If you saw The Hurt Locker, you know what you’re in for.

26) The Campaign – First, I laughed hard. I’m into politics. I think if you aren’t into politics, you might laugh, but you won’t get some of the more pointed political junkie humor. Blackhawk down! Ha!

27) Dark Shadows – A “small” film with little expectations. It’s Tim Burton being Tim Burton. If you liked Edward Scissorhands, this is more of the same. 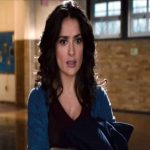 29) Mirror Mirror – First, let me tell you, there was nothing else on that week at our local theater. 2nd, this was a goofy, fun version of Snow White…far better (and less embarrassing) than the other version that appears further down this list.

30) The Bourne Legacy – Another good popcorn movie with holes the size of bowling balls in the plot. Be warned: they introduce a new bad guy with only 30 minutes to go in the film. Normally that’s death for a movie, but somehow this one overcomes it.

31) The Master – I know it’s listed WAY down my list, but three actors received Academy Award nominations….and I totally agree with that assessment. Phillip Seymour-Hoffman, Juaquin Phoenix, and Amy Adams just kill it in this story that tells the story of guy who sort-of-resembles the creators of Scientology (I’m told). If you love seeing actors save crappy material, go see this film. It’s clear that all three main characters are well executed. The story? Not so much.

32) The Dark Knight Rises – Bane was so, so, so boring as the main villain. If it weren’t for Anne Hathaway (Catwoman) the film would have been a total loss.

These last 5 films were a waste of time:

33) Atlas Shrugged (Part 1) (Netflix) – I love Ayn Rand and this book is one of my all-time favorites. The movie is a slow, convoluted mess.

34) Swingers (Netflix) – I think I missed it and am too old. I never saw this and heard it was a “cult classic.” After finally seeing Donnie Darko last year and absolutely lovin’ it, I was excited….but this flick didn’t do it for me. 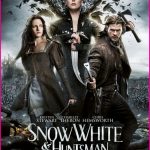 35) Snow White and the Huntsman – I couldn’t stop laughing during the “serious” parts. If the film had two more stupid speeches about how “important” upcoming events were going to be, instead of just doing them, I would have walked out.

36) The Lorax – This movie sucked. They took one of my favorite Dr. Seuss stories, added “bad guys” and made it a misplaced message film. Pass.

What do you think? Some too low? Too high? Let’s fight out where I’m wrong with these in the comments below!