You are here: Home / Personal Finance / Start The New Year Asking For A Raise 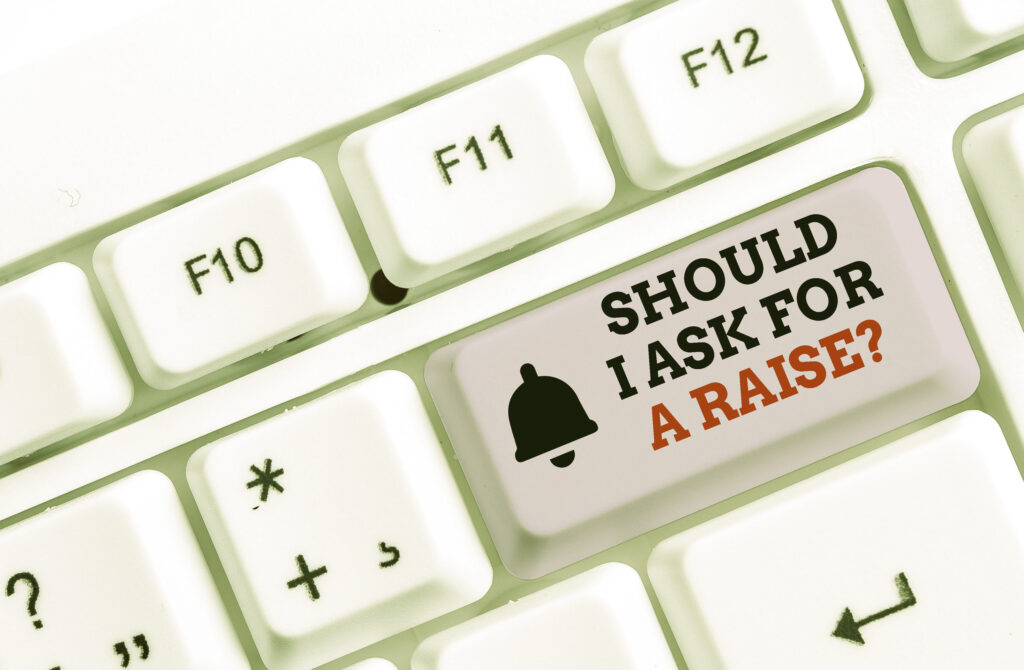 As the new year approaches, many professionals set new goals for their careers. One common one is finding ways to earn more money. If you’re in that camp, starting the new year by asking for a raise could be a smart move. It may let you increase your income without having to launch a job search, something that really works in your favor if you enjoy your current role and workplace. If you aren’t sure how to approach asking for a raise, here’s what you need to do.

Have a Plan Before Asking for a Raise

Asking for a raise isn’t something you should do on a whim. Instead, you want to do a bit of planning. That way, you can increase your odds of success.

Timing and research are both critical parts of the equation. Not only will you need to gather evidence that shows you’re worthy of a pay increase, but you’ll also want to make sure that your company can afford one. Reflect on your career and identify accomplishments that highlight your value, preferably ones that you can quantify. Also, review any released end-of-year reports that show the company’s financial health, allowing you to gauge its condition.

Another crucial step is to make sure that your request is ultimately reasonable. You’ll need to research salary averages for people working in similar positions in your local area. If you’re in a remote role, you may want to review national averages or metrics based on the company’s physical location.

Finally, you’ll want to check company policies regarding pay raise requests. Some organizations have formal procedures in place. If yours requires a specific approach, make sure you follow it. Otherwise, you likely won’t make much headway.

Before you actually speak with your manager, it’s wise to spend a little time practicing an elevator-style speech that highlights specific main points. That way, you’ll be able to start the conversation with ease.

Ideally, you want to begin by highlighting recent, relevant achievements that provided the company with quantifiable value. This could include sales or cost-cutting measures that significantly impacted the company’s bottom line – including details about how much of a financial difference your contributions made – or similar kinds of information.

After that, you want to be able to segue into your other research quickly. Mention what you’ve learned about compensation other professionals doing similar work in your area receive or other data in that vein.

Once you’ve done that, you can mention your desire to discuss a pay raise. At that point, you’ll be turning the conversation over to your manager.

By practicing those details, you’ll be able to cover that information seamlessly. As a result, you’ll come across as confident and informed, both of which work in your favor.

Choose the Right Figure to Present

Requesting a raise requires a different process than negotiating a salary at a new job. The company knows how much you’re earning now, so you need to make sure the increase feels reasonable based on that figure.

Precisely where you need to aim could depend on several factors. Along with the value of your achievements, any newly acquired skills that you now apply to the role could play a role. The rarity of your skillset could matter, too, as well as shifting market conditions that made what you bring to the table more valuable to employers today than previously.

Use a strategic approach when presenting any numbers. After discussing your accomplishments, consider starting by mentioning what you learned during your research and express your interest in a raise. Then, you could see what your manager presents, using their initial thoughts as a baseline.

Request a Meeting with Your Manager

A salary discussion isn’t something you should spring on your manager while casually chatting in a breakroom. Instead, you want to carve out time with your manager for the conversation, preferably by scheduling a meeting with them in advance.

If you aren’t sure how to broach the topic, requesting time to talk about your career could be a wise approach. It gives your manager a general idea of the topic you want to cover. Plus, it may allow the conversation to shift if needed, such as discussing what may need to occur to make you eligible for a raise or promotion.

At a minimum, request 30 minutes of their time. That way, you won’t feel rushed, as there’s a decent amount of time available for a conversation. Additionally, it isn’t as hard to fit into a schedule as a full hour, so your manager may be able to accommodate the manager with greater ease.

As the conversation unfolds, stay open-minded. Your manager might not be able to offer you a salary increase depending on company policies or available funds. However, there might be other forms of compensation that are possibilities.

For example, in lieu of a pay raise, they might be able to increase your performance bonuses or commission rates. Extra paid time off could be an option, as well as more comprehensive educational benefits.

By staying open-minded, you may find that an alternative is ultimately reasonable. If that’s the case, you could come out ahead, just not in the way you initially expected.

Be Ready for Any Response

Your manager’s response to your request may be a bit hard to predict. As a result, you want to be ready for all of the options.

While there’s a chance they’ll simply agree with you and be open to the numbers you present, it’s more likely that you’ll face a bit of resistance. They may ask questions to clarify your position or offer feedback about what else you need to do to be eligible for a pay increase. A flat-out refusal is also possible.

Ultimately, you need to be prepared to take in anything. If your manager offers feedback, listen intently. Find out what you have to do to secure a raise, including outlining clear goals together to give you the needed direction.

If your manager says a raise isn’t possible, arguing usually isn’t the best approach. While asking why it isn’t possible could be reasonable, combativeness likely won’t change their mind. As a result, you may need to use another approach if you want to increase your income, such as launching a job search and securing a higher-paying position elsewhere.

Do you have any tips that can help someone set themselves up for success in the new year by asking for a raise the right way? Share your thoughts in the comments below.