I listen to this podcast called Start Up. The show originally chronicled the founding of its parent company, Gimlet Media. In one episode that sticks out in my memory, they share some insight into the editing process. Call it my naiveté, but I had no idea what kind of process went into recording a podcast. There are writers and editors and producers and teams of people working behind the scenes who help produce not only the greatest podcast, with multiple recordings and multiple edits, but also the entire podcast brand. Podcasts are written, recorded, edited, re-recorded, re-edited, and put through the ringer as many rounds as necessary to produce the high-quality listening experience that the audience expects.

Blogs are no different. Here at The Free Financial Advisor, there are teams that are working behind the scenes to produce the content, images, and social media you see right here on the site.

Today, I join the team, so I wanted to take a minute to introduce myself an my experience. My name is Emilie Burke. I’m the writer behind Burke Does, inspiring millennial women to live financially, physically, and professionally fit lives. On Burke Does, I write about overcoming debt, while balancing trying to eat healthy, stay fit, and have a little fun along the way. I can also be found on Emilie’s To Do Lists where I post weekly goals and on my Portfolio Site. 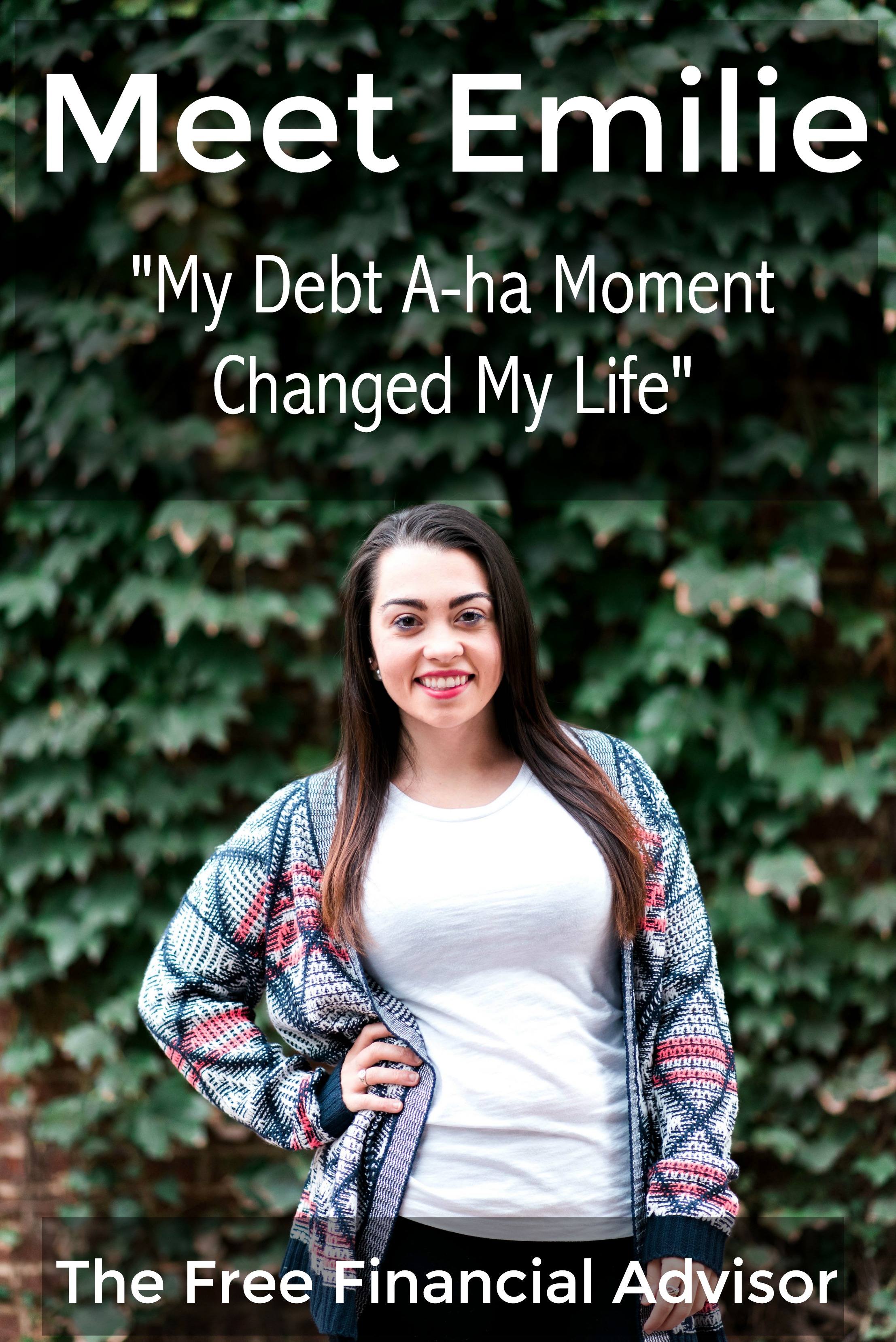 I first discovered a passion for finance and financial learning after having a debt A-ha moment. You’ve probably had one too. It’s probably why you’re reading this and looking to gain more knowledge. At one point or another, you may have surveyed your finances only to realize you were in much worse shape than you expected. That was the case for me.

I was recently-turned-22 and in my first year post-college. I was waiting for my second paycheck from my new job that I had just moved to a new city for and all I could see was the bills that were piling up. I had a small planned gap between graduation and starting college, but my planning process had not included financial planning. I was unemployed all summer and had nearly $0 to my name. Every summer expense had been charged to a credit card, including cell phone bills and the down payment to my new apartment. As the summer came to a close, I was feeling the crunch of not being able to pay my minimums as my bank accounts started to really dwindle down.

Which led to me there, on my couch, in my new apartment that I shared with my then-roommate, doing a budget planning worksheet I got from Pinterest and finding that the way I wanted to spend my money required three times the take home pay I needed. That was my A-ha moment. A-ha, I am not making very much money. A-ha, I owe a lot of money to a lot of people. A-ha, my credit card statement says I will owe for 34 years if I just pay the minimums. A-ha, something has to change.

I decided to stop spending. Soon after, I discovered Dave Ramsey’s Total Money Makeover. That opened a new world of personal finance and financial advising to me. Many months later, here I am. And now I’m so excited to share my journey with you.