You are here: Home / Uncategorized / Deciding Whether Or Not to Leverage a Trade 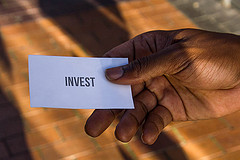 Many of the trading platforms out there nowadays offer options to leverage trades. While on the surface it may seem like a no brainer – the decision on whether or not you should actually leverage trades is actually very important and should be given a lot of careful consideration.

Essentially ‘leverage’ refers to the practice of ‘borrowing’ funds to invest based on the capital that you have already deposited into your account. The exact amount that you’re able to borrow will depend on your current balance as well as the ratio of leverage.

The reason why leverage has become commonplace in the financial world is that it allows investors to place bigger trades – which is generally a nice benefit to have. That being said, there are risks involved too.

At first glance, leveraging trades may seem like a great idea. After all, you’ll be able to place bigger trades and make more profits – which is definitely going to appeal to any trader. However you need to remember that leverage can cut both ways, and while bigger trades can mean more profits, they can also mean greater losses too.

To put it simply, you could accumulate heavy losses by leveraging your trades if you aren’t careful.

The most common market on which leverage is employed is the forex market. Because most movements (particularly in short term trades) tend to be small, leveraging a balance is a way to maximize the result of the trade. Needless to say, you are still at risk of making a relatively big loss – but it is less than in more volatile markets.

If you do want to leverage your trades then it would be best to test the waters a bit first. By choosing a platform that you’re comfortable with such as ETX Capital, you can make several trades without leverage and see how much you profit or lose, and if the results are encouraging you can try to leverage your investment. Just be sure to keep an eye on how much you’re actually risking, and be ready to cut your losses if things go south. All said and done it is better to bite the bullet and accept a small loss, than end up losing your entire capital and being unable to recover.